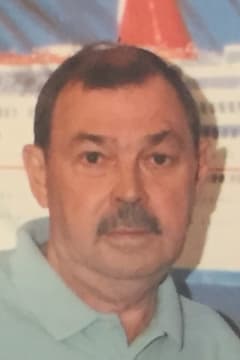 William “Bill” Edward Deason, age 76, of Villa Rica, Georgia, passed away Thursday, June 11, 2020. Bill was born August 17, 1943 in Pulaski, Tennessee to William and Marjorie Deason. The family moved to Michigan in the 1950’s. A self-made man, Bill spent his working years in Metro Detroit as a tool and die maker/engineer, primarily for the auto industry. Bill’s shrewd investments allowed him to retire early and move south to Florida and eventually to Georgia, where he called home. He spent his early retirement playing golf and traveling the world. Later in life, Bill was an avid birdwatcher, gardener, and was very adept at fixing things around his and Karen’s beautiful home. Most of all, he enjoyed visits to and from his family members in California, Arizona, Ohio and of course, Michigan. He will be forever remembered as a sweet, extremely clever and generous man by all who knew him.
Bill is preceded in death by his parents and siblings, David, Darrell, Charlene, Debbie, and Robert.
Bill is survived by his beloved wife, Karen and his children, Scott (Jackie), John (Debbie), Jeff (Terry) and Todd (Patty). He was proud grandfather “Papa Bill” of Kelly (Brandon), Derek, Zach, Rachel, Sam, Liam and Riley and great-grandfather to Brooklynn and Natalie.
According to his wishes, Mr. Deason will be cremated. A Celebration of Life gathering will be held at a later date.
Messages of condolences may be sent to the family at www.jones-wynn.com. Jones-Wynn Funeral Home of Villa Rica is in charge of the arrangements. 770-459-3694.

Tanner Hospice Care staff would like to offer our condolences to you during this difficult time. We appreciate you trusting your loved one in our care.
– Tanner Hospice
Karen and children, I am so sorry for your loss.
– Brenda Camp
Karen and family: we are so sorry to hear this. We are sending prayers and hugs!
– Joan Madaglia