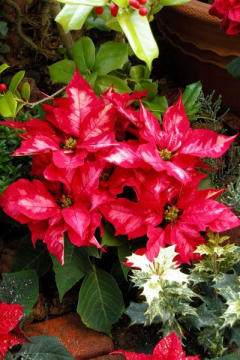 Mrs. Virginia “Ginger” Ballard Phillips Ashworth, age 76, of Temple, Georgia, passed away Wednesday, December 2, 2020. She was born November 23, 1944, the daughter of the late Mr. Reese Barker Ballard and the late Mrs. Mary Hewitt Bonner Ballard. She was the vice president of Advanced Bullets Company in Temple, Georgia. Mrs. Ashworth loved all types of crafts, gardening, flower gardening and all types of woodcarvings, especially, bears. She was of the Methodist faith.
In addition to her parents, Mrs. Ashworth was preceded in death by her husband, Alan Gregory “Greg” Ashworth, who passed away only five days earlier and by her sister, Margaret “Maggie” Langley.
She is survived by her daughter, Felicia Phillips of Carrollton; her sons and daughter-in-law, Lee Phillips of Dallas and Richard and Deneese Ashworth of Temple; her sister, Judith Xara Hewitt Bell of Georgia; her brothers, Jeffery Barker Ballard, George Edward “Buddy” Bonner and Donald Lee Bonner, all of Georgia; and four grandchildren, Adam Thomason, Hunter Thomason, Bonnie Phillips and Cameron Phillips.
In accordance with Mrs. Ashworth’s wishes, she will be cremated and the family will plan a private service at a later date.
Messages of condolence may be sent to the family at www.jones-wynn.com. Jones-Wynn Funeral Home of Villa Rica is in charge of the arrangements. 770-459-3694

I will, with sorrow, miss Ginger. I will miss her warm smile and eagerness for good conversation. She will always be remembered. Jerry
– Jerry Rice
I am danny simpsons grandmother..I am so sorry for your loss.i lost my husband on April o this year..my goes out to you I know the pain and h heartbreak of your loss..
– Beverly simpson
Rick…..Will always remember Ginger’s smile and laughter. So very sorry for your loss.
– Brenda White
I regret that we cannot be together at this time but please know that I share your sadness and grief. I pray that our loving Lord will wrap his arms around each of you and give you comfort and peace as only He can. Uncle Buddy
– IBuddy Bonner
Felicia and Cameron…..I do not even have the words to express how sorry I am for your loss. Sending my love to you guys. Love Shannon (james’s sister) miss you both!
– Shannon