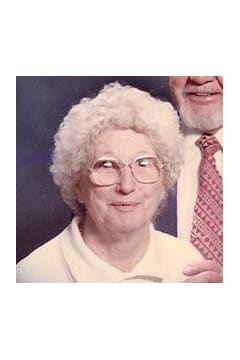 Mrs. Virginia Stumpf Boast, 102, of Douglasville, Georgia passed away Tuesday, May 21, 2013. She was born December 27, 1910 in Buffalo, New York the daughter of the late Mr. Frederick Stumpf and the late Mrs. Minnie Hayes Stumpf. She was a homemaker, enjoyed knitting, sewing and crocheting. In addition to her parents, she was preceded in death by her husband, Ernest Boast. She is survived by her daughter, Judith Johnson of Douglasville; son, Keith Boast of Goose Creek, SC; six grandchildren; several great-grandchildren; and she leaves many nieces and nephews in the Buffalo, New York area and in Florida. According to the family’s wishes her body was cremated. No service is planned at this time.

Honor the life of Virginia Boast

Please share a condolence, photo or memory of Virginia. We welcome all condolences that are positive and uplifting that will help family and friends heal.