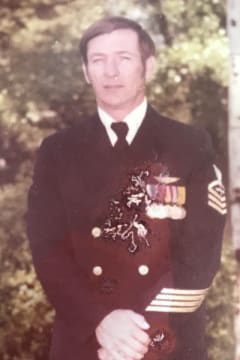 USN (Ret) Gerald Wayne Buckner “Chief”, age 78, of Mableton, Georgia, passed away Thursday, October 22, 2020. He was born April 22, 1942 in Atlanta, Georgia to Mr. Hugh Berry Buckner. and Mrs. Myrtice Louise Buckner. Gerald grew up in Atlanta, GA. He attended Campbell of Smyrna High School and was a Retired Veteran of the United States Navy.
Chief joined the U.S. Navy 6th of May 1960 and retired 12th of July 1979 after serving his country for 20 years. During his time in the Navy he earned the rank E7 CPO. He was awarded (5) Navy Good Conduct Awards, The National Defense Service Medal, The Navy Expeditionary Medal, (2) Air Medals and The Vietnam Service Medal. After retirement Pop, as his family referred to him, enjoyed spending his free time hunting and fishing with family and friends. There are many words to describe Pop; he was a man of integrity, prideful, brave, devoted, respectful and wise.

Preceding him in death, in addition to his parents, his half brother; Grady Buckner, his son; James Buckner

He is survived by his wife of 40 years, Brenda Buckner; his children, Joel and Jerry; his stepchildren, Charles Lee, Duane Lee (Jennifer), Angela Foresman (Robert), Margaret Carter (Byron); his grandchildren and great-grandchildren; his sister Sybil Jordan (Ben); many nieces and nephews and numerous friends

In lieu of flowers donations may be made to The Wounded Warrior Project. 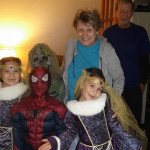 Gerald had a very strong personality. I helped care for him prior to him moving to Douglasville rehab. He accused me of being an undercover cop and packing. I still don’t know if he was serious or kidding. The obituary was very well written and honored his service to our country.
– Bonnie Cline
After knowing Gerald for over 50 years I grew to love him. Prayers of peace that passes all understanding to my beloved sister Brenda.
– Lyman Cline
Very proud to say I know this man, even if it was for a short time. As my wife’s uncle, we made quite a few trips up to Georgia to visit family and always stayed with them. Gerald was stern but also had a razor sharp wit to him. Sometimes I wasn’t sure if he was pulling my chain or not. One thing I did know was that there was a mutual respect there and we had some great conversations about politics (we were on opposite sides of the spectrum there), the military, and life in general. My heart felt condolences go out to the Buckner and Cline families as they process the loss of this great man.
– Rick May