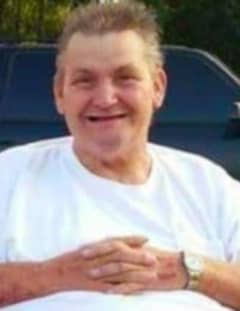 Mr. Tommy Jewell Franklin, Jr., age 66, of Villa Rica, passed away, Wednesday, October 30, 2019. He was born September 2, 1953 in Atlanta the son of the late Mr. Tommy Jewell Franklin, Sr. and the late Mrs. Beverly Jean Mooneyham Franklin. Mr. Franklin was a Supervisor for many years at Douglas WSA and he was also a heavy equipment operator and a volunteer member of the Civil Defense Search and Rescue. He enjoyed fishing, hunting, drag racing, baseball, football and coached football for several years.
In addition to his parents, he was preceded in death by his son, Timothy Franklin; sister, Debbie Pirkle; niece, Chrystal Hix; great-nephew, Andruw Franklin.
He is survived by his wife, Gail Austin of Villa Rica; sons and daughter-in-law, Shane Franklin of Temple, Nathan Franklin of Whitesburg, Dylan and Savannah Franklin of Villa Rica, Jamie and Christi Austin of Temple; daughters, Lori Austin Green of Villa Rica, Julie Austin of Douglasville, Jennifer Austin of Douglasville; sisters, Diane Laircy of Carrollton, Rogena Summerhour of Douglasville, Cynthia Franklin of Douglasville; brothers and sisters-in-law, Larry and Judy Franklin of Dallas, David and Phyllis Franklin of Dallas, Darrell and Kelly Franklin of Tallapoosa; step-sisters, Tonya and Clifford Richards of Maryville, TN, Tammy and George Hall of Maryville, TN; ten grandchildren, Alasia, Haley, Jasmine, Jordan, Madison, Max, Caylee, Justin, Amelia, and Emmalyn; two great-grandchildren, Christopher and Alexander; several nieces and nephews also survive.
According to Mr. Franklin’s wishes he was cremated.
Messages of condolence may be sent to the family at www.jones-wynn.com. Jones-Wynn Funeral Home, Inc. and Cremation Services of Villa Rica in charge of arrangements. 770-459-3694

We are so glad to have had the time we spent with tommy over the last few weeks. He was such a sweet man and a great person. He will be missed. But God is taking great care of him now. Until next time Tommy we will see you again. Gail we are praying for you, and Gods taken over now. If you ever need anything please let us know. We love you. – Dj & Kaylee
– Kaylee & Dj
Tommy and I went to grammar school together and also work at the WSA, he always had a kind smile and warm heart …he will surely be missed. I was so sorry to hear of his passing -rest in peace sweet Tommy…
– Arubra Hembree
Prayers to the family at this time.
– Rene Childers
Gail and familey. Joe and I want to send our love and tell you we are so sorry. Tommy was familey to us and will be missed. Fly high Tommy. Love u all
– Becky Lemaster