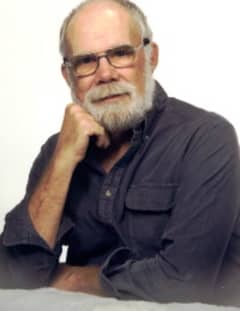 After a very long, medical battle from a debilitating stroke, Thomas Eugene Blair, at the age of 88, died Tuesday, January 21, 2020. He was preceded in death by his parents, Eugene Black Blair of Lithia Springs and Helen Deborah Wolff Blair of Jacksonville, Florida; infant sisters, Betty Jean and second unnamed child; his sister, Barbara Joy Blair Smith of Lithia Springs; and brother, James Donald Blair of Douglasville; brothers-in-law, Tracy Smith and Dave McDonald; sister-in-law, Sandra Mills Blair and beloved cousin, Dr. Darrell Murray.
He is survived by his daughter, Joy LuAnn Barnidge (Bill) of Tampa, Florida; sons, Charles Eugene Blair (Mandy) of Carrollton, Georgia and Thomas Dale Blair (Tammy) of Morganton, Georgia; sisters, Mary Helen Blair and Judy McDonald of Lithia Springs; four grandchildren, Lori Heering (Paul), Justin Blair (Vanessa), Cliff Blair (Kim), and Courtney Hutchinson (Will); eight great-grandchildren; and nieces and nephews, who all have endearing memories of their Uncle Bubba.
Gene grew up on the Blair Farm in Lithia Springs and spent most of his working career at Lockheed and as an A-1 mechanic for Bowman Transportation and Dixie Ohio. He was a very likeable soul earning nicknames like Bubber, Coconut, Pelican and Buffalo, and he was Papa to his grandchildren and great-grandchildren. He was a member of a hunting club and fishing club, enjoyed entering tournaments, and was an active member of the American Legion and the Forty and Eight. He served his country well in the United States Air Force during the Korean Conflict and loved participating in meetings, parades, and celebrations with his Forty and Eight patriotic veterans. Gene enjoyed reading and had knowledge beyond the norm emanating from an inquisitive mind. He loved to travel and Canada, Mexico, Australia, Hong Kong and Thailand were just some of his destinations.
Of course, most of his pleasures ceased 15-1/2 years ago following a massive stroke cause by heart surgery. He, nevertheless, entertained us all by his witticisms, and he inspired us all by his willpower and his love for his family. Regardless of his disabilities, he was the reigning patriarch of the family and always will be to those who have followed him.
The family will receive friends at Jones-Wynn Funeral Home in Douglasville, Saturday, January 25, 2020 from 1:00PM until 2:00PM. A Memorial Service honoring his life will be held in the Chapel of Jones-Wynn Funeral Home, Douglasville, Saturday, January 25, 2020 at 2:00PM with Chaplain Sam Braswell officiating and military honors provided by the United States Air Force Honor Guard.
In lieu of flowers, those desiring to do so may make contributions In Honor of Thomas Eugene Blair to the American Legion, Forty and Eight Division, Post 145, Douglasville, Georgia or Lithia Springs First Baptist Church, 10531 Veterans Memorial Highway, Lithia Springs, Georgia 30122.
Messages of condolences may be sent to the family at www.jones-wynn.com. Jones-Wynn Funeral Home of Douglasville is in charge of the arrangements. 770-942-2311.

Condolences and prayers to the Blair family
– Peter Barrucci
Gene you received a full pardon and release Tuesday.You are no longer imprisoned,15plus years of stroke induced confinement was enough.Not enough can be said about your health care team.Judy, Helen, Babrah, Ann,and Debra.The love and attention they gave you was beyond belief .I will miss you Buddy and the discussions we had, they ranged from plowing mules ,history, cars, making white liquor, the, Korean war Elvis, and lets not forget seining the sweetwater creek for catfish.You could switch from those topics to issues that only a well read and informed man would know. You were unique in delightful way. Put me in a good word .SEE YOU FLIP SIDE YOU FRIEND DOODLE.
– travis cheek
My family is blessed by a long lineage of unique and colorful characters, brilliant lights, curious souls and witty observers of life. Uncle Bubber, though, stood apart. One of a kind, the world is a far less interesting place without him in it. Peace to you, Uncle Bubber, and love to all of my family in Lithia Springs. I am sorry that distance and other obstacles separate us everyday, but especially this day.
– Ryan Smith
The Braves have lost one of their biggest fans and his family has lost a beloved member. My love and sincere condolences to all.
– Cathryn Gazaway