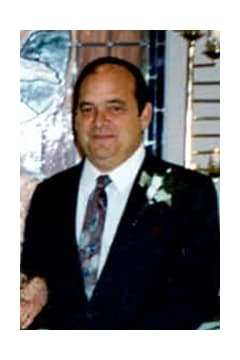 Steve Beck, 74, husband of the late Joan Faye Beck of Villa Rica, GA passed away Thursday, November 7, 2019 at Emory Hospital.
Born Stefano Gennaro Buonomo on December 9, 1945 to Gennaro Ferdinando Buonomo and Ida May Garrick in Decatur, Georgia. Steve’s father passed while Steve was young, his mother remarried to Arthur Beck whom Steve grew to love and cherish as his father.
Steve enjoyed school and excelled in all curriculums. As a boy his favorite past time was Baseball. He used all his spare time to practice and grow his skills with his father, Arthur. He became an accomplished pitcher. His pitching and exceptional baseball skills were even the center of an Atlanta Journal article. Steve joined the Coast Guard in 1963. He liked to joke that he was the only seaman to get seasick daily. Once discharged from the Coast Guard he settled in Stone Mountain, taking over his Father’s electric motor repair business, Abex Electric. In 1992 he married the love of his life Joan Faye Ferranti and inherited her 5 loving daughters and their children.
As an adult his favorite past times became watching the Greyhound races, playing tennis and golf, bridge tournaments, and his weekly poker game. He would laugh about being able to take home everyone else’s money while offering to teach them the skills of poker. They never did take him up on his offer. He used his winnings to play the stock market and make a little extra for his family. His favorite vacation spot was Daytona Beach which he even talked and talked about making a home one day, at least until hurricane season rolled in and then he would change his mind, until the next vacation.
In 2000, Joan and Steve moved to Villa Rica, GA to enjoy retirement life on the Lake in Fairfield Plantation. He, however, wasn’t fit for retirement and thus he began a handyman business to help others in the community. The cost of doing business with Mr. B was listening to his oil changing preaching, which was always a helpful and needed reminder!
The one hobby that fit right into Steve’s life was the spoiling of grandchildren. He was made for it! He treasured coaching baseball, invented treasure hunts for the little ones, was an extra hand and mind for homework, gave driving lessons, made special trips to Disney World, and above all snuck the much-needed ice cream treats to the kids at any given opportunity.
He is survived by his Daughters Linda “Lou” Ferranti of Hoschton, GA, Karen Ann Ferranti of Villa Rica, GA, Jennifer Joan McQueen (Scott) of St. Augustine, FL, and Susan Marie Quinn (Steve) of Jefferson, GA; Sisters, Susan Watson (Larry) of Houston, TX, and Judy Cato of Ringgold, GA, Nephew Robert Cato (Christine) of Tampa, FL; Son-in-law Garvin Dreger of Marietta, GA; Grandchildren, Jessica, Laura, Melanie, Bryson, Chassy, Katie, Bonnie, Tony, Scotty, Kenny, Dominick, Jimmy, Spencer, Elle, Jessica, Sara, and Jamie; Grand-niece Madison; Grand-nephew Nathan; He is also survived by his 8 great-grandchildren Autumn, Maximus, Taylor, Rosemary, Christopher, Fin and Ray. He is also survived by his Loyal Dog Charlie and clever cat Monet.
In addition to his wife Joan and Parents, he was predeceased by his daughter Christine Ferranti Dreger and Grand-niece Mackenzie Cato.
A Memorial Service will be held Wednesday at 3:00 pm at the Fairfield Rec Center, 6195 1/2 Lakeview Pkwy Villa Rica GA. Reception to follow at Steve’s home 10109 Woodhill Ct., Villa Rica Georgia 30180
Messages of condolence may be sent to the family at www.jones-wynn.com. Jones-Wynn Funeral Home, Inc. and Cremation Services of Villa Rica in charge of arrangements. 770-459-3694

Please share a condolence, photo or memory of Steve . We welcome all condolences that are positive and uplifting that will help family and friends heal.