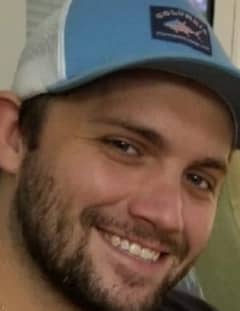 Spencer Cody Donato, 30, of Villa Rica, Georgia, unexpectedly passed away on February 24, 2020. Spencer was born in Tampa, Florida, on March 6, 1989, moved to Douglasville in 2000 and was a graduate of Hiram High School.
Spencer grew up playing soccer and was a cross-country runner in high school. Despite being surrounded by Georgia Bulldogs, Spencer stayed committed to his Florida Gators and Tampa Bay Buccaneers. Spencer’s favorite athletes included Randy Moss, Lionel Messi, and Reggie Miller. After high school Spencer became an accomplished pool player, even competing in a national tournament in Las Vegas, Nevada. When not shooting pool, Spencer enjoyed hunting Pokemon, watching movies, and posting on FaceBook.
Spencer is survived by his mother Kris, brother Anthony, sister Samantha, his daughter Skylar, his girlfriend Jessica Jones, a large extended family, and many beloved friends. Spencer is preceded in death by his father, Paul Donato, and his paternal grandparents, Peter and Patricia Donato.
Family and friends are invited to a Celebration of Spencer’s Life on March 7, 2020, at 11:00 am – 3:00 pm, at Gold Dust Park, 646 Industrial Blvd., Villa Rica. If you plan to attend, please bring a dish to help the family provide food for everyone.
In lieu of flowers, the family requests that donations be made in Spencer’s honor to the Emory University Hospital’s Department of Neurology: https://securelb.imodules.com/s/1705/giving/index.aspx?sid=1705&gid=3&pgid=600&cid=1358&dids=177&bledit=1&appealcode=W5NEU
https://www.gofundme.com/f/spencer-donato-final-expenses?utm_source=customer&utm_medium=copy_link-tip&utm_campaign=p_cp+share-sheet
Messages of condolences may be sent to the family at www.jones-wynn.com. Jones-Wynn Funeral Home of Villa Rica is in charge of the arrangements. 770-459-3694 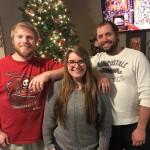 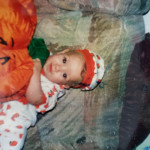 I am so sorry for your loss Kris, family and friends. I am sending love and prayers of peace for all of you in this difficult time.
– Jenn
Anthony, friends and family, I am so sorry for your loss. I can’t imagine losing a brother, son, or friend like this. Know that I am praying for you and your family for peace and comfort during this time.
– Sawyer Hubbard
I didn’t know Spencer personally but I’ve heard some good stories and it seems he was a good man so sorry for your guys lose.
– Haley hutcheson