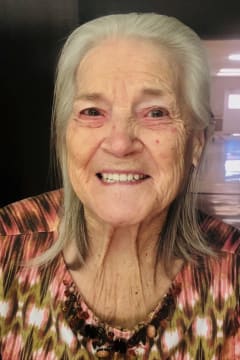 Sarah Johnson Bryan, age 89, of Lithia Springs, Georgia died on Saturday, June 19, 2021 at Wellstar Cobb in Austell, Georgia. She is survived by her son, Eddie Morris and his wife, Donna of Dallas, GA; Amanda Copeland (raised by Mrs. Bryan) of Douglasville, GA several grandchildren and great grandchildren; brother, Billie Joe Johnson of Douglasville, GA; numerous nieces, nephews, and a host of friends. She was preceded in death by her daughter, Dondura Hughes; sister, Reba Joyce Paul; brother, Robert Lee Johnson; parents, Clara Mae Dupree Johnson and Frank Felton Johnson.
Mrs. Bryan was born on December 9, 1931 in Dallas, Georgia. She was in food service all of her life. She was the owner of Sarah’s Restaurant in the 80’s in Douglasville and later worked for Kathy’s Restaurant (Kathy had worked for Mrs. Bryan previously). She made many friends during her service as a waitress. She was a member of Kingsway Baptist Church for years. Mrs. Bryan enjoyed working in the yard enjoyed cooking and time eating with her family at least once a week. She will be deeply missed by her devoted family and friends.
It was Mrs. Bryan’s request to be cremated with no service at this time. She wanted her cremated remains to be given to her family. In lieu of flowers those desiring may make memorial gifts to Alzheimer’s Association, 225 N. Michigan Ave., 17th Floor, Chicago, IL 60601 (Fed. Tax ID# 13-3039601) Condolences may be sent or viewed at www.jones-wynn.com. Jones-Wynn Funeral Homes and Crematory, Douglas Chapel, 2189 Midway Rd., Douglasville, GA 30135 (770-942-2311) has been entrusted with the arrangements.

Sarah was a Beautiful and Wonderful Soul!She brought a Smile to Everyone!Our Sympathy to this Family and Friends in the loss of Precious Sarah!
– Sandra and Wyatt Rabern

Very sorry to hear of your tremendous loss Eddie, sending prayers and love to you and your family during this most difficult time 🙏🏻🙏🏻❤️❤️ Karen Emory
– Karen Emory

She will be missed. God bless you guys. She’s up with Dondre having a grand time. They are walking together laughing. Sarah is up there cooking for Jesus preparing that big banquet that we are so looking forward to. May the peace of the Lord be on you all for your loss. God bless each of you as you go on, Just remember to laugh when you think of the good times as well as the bad times. She is in no more pain and she remembers everything. God bless
– Laurie Pritchett