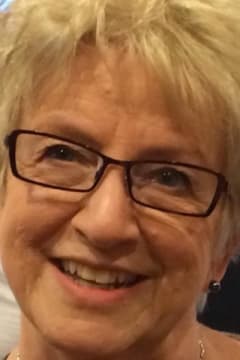 Mrs. Sandra Kay Dorsett Tapp, age 75 of Marietta, Georgia passed away Monday, February 1, 2021. She was born July 10, 1945 in Memphis, Tennessee, the daughter of the late Mr. Thomas Everett Dorsett and the late Mrs. Eulala Odessa Swindell Dorsett. Mrs. Tapp retired from Cobb County School System as a Secretary after 20 years. Quilting was her passion. Sandra and a good friend started a ministry “Sewing Seeds,” at their church, First Baptist Church Woodstock, quilting quilts for many people in foreign countries, veterans, cancer patients, and anyone who was in need of a quilt. Mrs. Tapp was a member of First Baptist Church Woodstock.
In addition to her parents, she is preceded in death by a daughter, Cassie Lynn Tapp; brother, Larry Michael Dorsett; sister, Charlene Kimbrough.
Mrs. Tapp is survived by her husband of 56 years, Mr. Darrell Stephen Tapp of Marietta, Georgia; daughters and sons-in-law, Carrie and Jeffrey Bricker of Marietta, Georgia, Elisa and Todd Adams of Dallas, Georgia; son and daughter-in-law, Stephen Everett and Hope Tapp of Acworth, Georgia; brother, David L. Dorsett of Memphis, Tennessee; nine grandchildren, Ashley and Alex Danaila, Kaylee Marie Radford and fiancé Ben Sexton, Tyler Tapp, Gregory Tapp, Sarah Tapp, Daralea Adams, Layton Bricker, Leanna Adams, Grayson Bricker; two great grandchildren, Natalia Danalia and Samuel Danalia; many nieces and nephews also survive.
According to Mrs. Tapp’s wishes, she was cremated. A Celebration of her Life and Inurnment will be held at a later date.
In lieu of flowers, the family has asked that donations be made to First Baptist Church Woodstock in care of Sewing Seeds Ministry, 11905 Highway 92, in Woodstock, GA 30188; or to Special Needs Cobb, 1830 Water Place, Ste. 120, Atlanta, GA 30339. The website to Special Needs Cobb is www.specialneedscobb.org.
Messages of condolence may be sent to the family at www.jones-wynn.com. Jones-Wynn Funeral Home of Douglasville is in charge of the arrangements. 770-942-2311

A 50 year friendship has endured since our days at Lord Calvert Trailer Park. Many memories to cherish including those shouts of “BUNKO”!!! Life will not be the same without the thought of visiting Sandra again. However, one thing is certain, none of us will stay here. Jesus said “I go to prepare a place for you, if it were not so, I would have told you”. Sandra now enjoys that place. As for the rest of us, Sandra’s wish is that we all have that place Jesus is preparing reserved for us by making that reservation now! Yes we miss Sandra with her quiet demeanor, sweet voice, and comforting words. Sue and I pray for a measure of comfort from Jesus for Darrell and family. May the Lord Bless you and keep you. Dick and Sue
– Dick Nevala
Darrell and family, our hearts are broken over the loss of Sandra. She will be missed by her Riverbend family. We send love and prayers for all. Frank and Irene Seagraves.
– Irene Seagraves
Sweet Sandra Tapp. We volunteered at the clothes closet together, and what a joy she was! Her and I would work the register together and made a good team!! We always laughed, and said two heads were BETTER than one! I moved away, so I already missed her, but now………I like the rest, look forward to our family reunion together for Eternity. Thank you Jesus! Praying for Comfort and Peace for Darrell and family.
– Teresa Peters
Thank you God for the testimony left that cannot be taken away. Cynthia Poor
– Cynthia Poor
Darrell, We share your grief with condolences and of gratitude knowing Sandra. She was so full of life the last time we met at Riverbend Campground last November. You gave our grand daughter a ride on your golf cart. Veterans have a way of “sniffing out” each other and you had just missed a lively conversation around a fellow vet at his golf cart with the four veterans in our group. Not having seen each other for a very long time, it seemed we all picked right back up where we left off, probably having met the last time at Cloudland Canyon campground. Those trips with your Sunday School class were so special. We shared the love of camping, sewing and quilting with our individual church ministry groups. I had a special needs brother, Eric, who passed at age 52 in 2008…you had sweet Cassie. We met her once while in worship at FBCW. Sandra and I worked for the same Special Ed supervisor, she at Central Office and me in Kennesaw. Above all, we shared a common bond in Christ. We know Sandra is now celebrating with Cassie and other loved ones. Those left behind will feel her loss but with sweet memories and a legacy she has passed on to your own family members. Upholding you and yours in prayer, Sonja and Tom Perry
– Sonja Perry

Sandra was a wonderful and sweet person. She always had a smile and a kind word. All of her family are in my thoughts and prayers.
– Laura McIntosh

My deepest condolences to the family. Carrie I will be praying for you and your family. Renee Watson
– Renee Watson
With my deepest sympathy. Phyllis Levert, Marietta
– Phyllis Levert
Sandra was my secretary for many years at the Cobb Bd of Edu. I could look out my office door and see her not ten feet from me. she was a beautiful person and I so regret her passing. I expect she and Cassie are having a party. Gail Meacham
– Gail Meacham
My prayers go out to Darrell and Family. When I first met Sandra, she was my neighbor in Frayser, she was five years old and I was four years old. We played everyday after school and all summer. She taught me a lot about friendship and kindness. I knew from our first introduction she was a smart and beautiful. At an early age she could recite the Bible verses and knew all the chapters. ( old and new testaments) I was memorize by her intelligence and love of God. I will always think of kindness and beauty. Sandra grew up to be a wonderful person who always made time for everyone. I will deeply miss her.
– Sandy Moshay
My sweet Sister/Friend, I miss your jovial laughter and your deeply precious heart. I grieve with Darrell and the family for our earthly loss, but am rejoicing with them that THIS is not the end! One day, soon, we will all be together, again… and loving/praising our Jesus face to Face! Maranatha, Lord Jesus, come quickly for Your Bride. 💔❤️🥰🙏🏻
– Sharon Plymale
Sandra, We were together for a relatively short period of time but our times together will forever be thought of with love and appreciation for the special friend you came to be. My prayers are now with that beautiful family you left behind for now. I know without a doubt that heaven and Cassie are rejoicing your arrival! With love from your old but devoted friend, Linda Dennie
– Linda Dennie

I volunteered with Sandra at the clothes closet every wednesday, Sandra was the most caring person and I never heard her say an unkind word about anyone, always uplifting us and cheering us up, wonderful friend, loved her.
– Janice ellis
Sandra was such a lovely, sweet lady who loved and cherished her family. I volunteered at the FBCW Clothes Closet with Sandra for many years. She would often share pictures of the quilts she and the ladies in Seeing Seeds made for others. I will miss her so much. Her beautiful smile and laugh were infectious. My deepest sympathy and love to Darrell and the family. To my precious friend Sandra, I will see you again in Heaven.
– Gayle Christy

Sandra you were a ray of sunshine, laughter and love. Your smile will live on in all of our lives…love you sweet friend – see you soon, Love Faye Stover
– Faye Stover

A sweet sweet lady always a neighbor you could depend on. Will be missed.
– Mike Spears

Cindy and I send our deepest sympathy to Darrell and family. Sandra was truly one of the nicest person we have had the opportunity to know. She will be missed. All our Love Jim and Cindy Zynda
– James Zynda