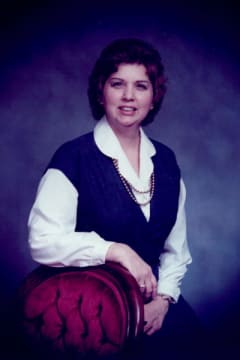 Mrs. Sandra Kay McPheeters Lowry Hamilton, age 81, of Villa Rica, Georgia, passed away Tuesday, November 24, 2020. She was born January 10, 1939, in Dubuque, Iowa, the daughter of the late Mr. Clyde V. McPheeters and the late Mrs. Mary L. McPheeters and her birthmother, the late Maureen V. Conzett. In addition to her parents, Mrs. Hamilton was preceded in death by her son, Barry J. Lowry and her grandson, Marshall A. Lowry.
She is survived by her husband of over 34 years, Carl Hamilton of Villa Rica; her children, William C. Lowry (Amy) of Richmond, Texas, Robert C. Lowry of Belleville, Illinois and Brenda K. Lowry Christian (Greg) of Douglasville, Georgia; her grandchildren, Lena I. Lowry of Richmond, Texas, Crystal E. Foley (Zack) of Debary, Florida, Robert B. Lowry (Amanda) of Mascoutah, Illinois, Erin O. Lowry of Belleville, Illinois, Zachary T. Christian, Ethan G. Christian, Jeremy W. Christian and Adam M. Christian, all of Douglasville, Georgia; great grandchildren, Catherine E. Foley and Cassandra E. Foley, both of Debary, Florida; step-children, Bryan C. Hamilton (Liz) of Aurora, Colorado, Jodi E. McKinney (Jim) of Richmond, Indiana and Tamara L. Henry (Darrin) of Byrdstown, Tennessee; her step-grandchildren, Ryan E. Hamilton, Brendan C. Hamilton, Katherine A. Marmar (Trenton), Kelly M. Hamilton, Jared T. McKinney (Rachel) and Jill E. Kellar (Aras).
Mrs. Hamilton graduated from Wiley High School in Terre Haute, Indiana Class of 1956. She completed her secondary education in 1960 with a B.A. from Indiana State University, where she received the Lillian Gay Berry Latin Award, was an honorary member of Eta Sigma Phi Language Honors and a member of Zeta Tau Alpha Sorority. She became a life member of AAUW (American Association for University Women). Mrs. Hamilton received her Master’s Degree in 1976 from Purdue University. She taught Latin, English, Etymology, Drama and Gifted and Talented for many years and proudly received the Eli Lilly Linkage Grant while teaching Latin at Anderson High School in Anderson, Indiana. Mrs. Hamilton served a leader for both the Cub Scout/Boy Scouts, as well as the Brownie/Girl Scouts. She sang in the church choir, was an Elder in the Presbyterian Church and performed community theater. Mrs. Hamilton learned to pilot small aircraft and enjoyed Gourmet Club. She held a real estate broker’s license in Indiana for 30 years with GRI Designation. Mrs. Hamilton was a member of the Daughters of the American Revolution (DAR) Sweetwater Creek Chapter, Douglasville, Georgia.
The family will receive friends at Jones-Wynn Funeral Home in Villa Rica, Sunday, November 29, 2020 from 12:00Noon until 2:00PM. Funeral services will be conducted and viewable live on the Jones-Wynn Funeral Homes & Crematory Facebook page, Sunday, November 29, 2020 at 2:00PM from the Chapel of Jones-Wynn Funeral Home, Villa Rica with Rev. Thomas Long officiating. Interment will take place in Anderson Memorial Park in Anderson, Indiana.
Messages of condolence may be sent to the family at www.jones-wynn.com. Jones-Wynn Funeral Home of Villa Rica is in charge of the arrangements. 770-459-3694 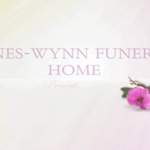 I only knew Mrs. Sandra a short time, I met her through her daughter Brenda, who is a dear friend of mine. I am so thankful and happy that I knew her and spoke with her several times. She was a blessing, encouragement, and joy in this chapter of my life of caring for my own mother. I will always remember her as a positive, sweet, faithful, and loving person. Many prayers for this family through this difficult time of losing such a great monarch of your family, wonderful woman. May you be given strength in the days ahead as you remember her strength and love.
– Jennie Brown
Sandra always with great class. She was a true and faithful friend. We could have 2 hour phone calls and never run out of things to talk about. She was a blessing in my life. She will be greatly missed.
– Carole A Foster
Cousin David Lowry and Aunt Rhoda Lowry express our condolences to everyone during this sad time. We have many memories that we cherish of my Aunt Sandra. My mother Rhoda Lowry was always especially grateful for her Sister-in-Law Sandra Lowry’s assistance after the sudden passing of my father Glen Lowry (September 1976).
– David Lowry