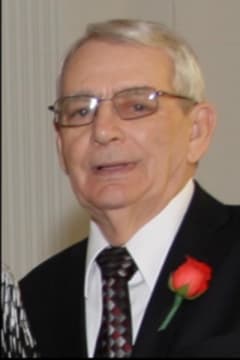 Mr. Roy Murray, age 84, of Sparta, Georgia passed away Sunday, May 10, 2020. He was born September 9, 1935 in Baxley, Georgia, the son of the late Otis Eston Murray and the late Adele Campbell Murray. He worked for and retired from Chevron Oil Company. Mr. Murray was a member of the Flint Hill Masonic Lodge #371, the Winston Ruritan Club and a scout leader for several years in Winston. He loved tinkering and fishing. Mr. Murray was of the Methodist faith.
In addition to his parents, he is preceded in death by his wife, Joyce Rutherford Murray; his sisters, Aline Brackett, Laverne Payne and Debra Murray; his brothers, Curtis Murray, Cecil Murray, George Murray, Troy Murray, David Murray and Harold Murray.
Mr. Murray is survived by his daughter and son-in-law, Lynn and Terrell Poole of Sparta, Georgia; his sons and daughters-in-law, Bill and Debbie Murray of Douglasville and Ronny and Tina Murray of Ellijay; his brothers, J.W. Murray of Baxley and Freddie Murray of Surrency; his grandchildren Will Murray of Douglasville, Brooke Jaye of Douglasville, Stan Murray of Palmetto, Brandi Cofer Freeman of Sparta, Trey Cofer of North Augusta, South Carolina, Chris Poole of Sparta, Wayne Murray of Bremen, Wesley Murray of Douglasville and Autumn Murray of Ringgold; great-grandchildren, Addie and Mackenzie Murray, Murray and Braxton Jaye, Carolina and Wyatt Murray, Gage Freeman, Jace Cofer, Scout Murray and Arya Murray; his sister-in-law, Erma Murray of Surrency; and many nieces and nephews also survive.
We are still providing services to our families based on CDC COVID-19 guidelines. A private graveside service will be conducted.
Messages of condolence may be sent to the family at www.jones-wynn.com. Jones-Wynn Funeral Home of Douglasville is in charge of the arrangements. 770-942-2311.

Sorry for your loss love & prayers Tanya Rice
– Tanya Rice
Dear Lynn and family – there are so many memories of growing up with your family. I will always think of your dad as a happy easy going quiet man who loved everyone and worked hard to make a good life for all of his family. My prayers and hugs are with you as you go forward without him. I love you all!
– Donna Rogers
Dear Family, We are so sorry to hear of Roy’s passing. We know the family is hurting during this time. We know his funeral would have been a lot more, if it had not been for this virus. We have known him over thirty years and have always thought the world of him. We know his health had really declined, especially these past couple of years. Our hearts are broken for his family. We know all of you were so close to him. He has always seem so kind and warm to everyone. We know his sufferings are now over. The bible says, “To Be Absent From This Body is to Be Present With The Lord”. We have that promise. Family, please remember this is not goodbye, “Only Goodnight”… and we will see him again on that eternal day. Family our continual prayers are with all of you. Love and Prayers, Linda and Tommy Rice
– Rice Family
Very sorry to hear this. Prayers for the family.
– Richard Stroud
To the entire Murrau Family, Alan & I are so very sorry to hear of Roy’s passing. I thought a lot of him & your Mother. I think of all the memories I have of your Dad, those of the Chevron at Thornton and I-20 rank pretty high, but I will never forget the Summer he brought a truck load of Silver Queen corn fresh out of his Family’s garden in South Georgia & my Mana buying about 100 dozen from him. I shucked corn until I thought my arms would fall off, but it was THE best corn. We send our love & we pray that our Heavenly Father wraps each of you in His loving arms and comforts you during your loss. Alan & Linda (Stroud) Sewell Douglasville
– Linda Sewell