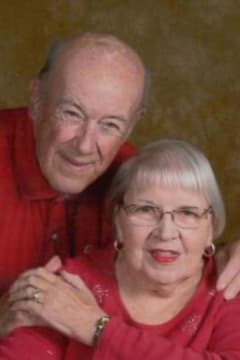 Mr. Robert John Wagner, age 84, of Douglasville, Georgia, passed away January 9, 2022. He was the son of the late John Wagner and the late Mary Granski Wagner. Mr. Wagner served his country as a member of the United
States Army.  After his time in the military, he began his career in the chemical engineering field where he worked for over 35 years.  He was a Catholic by faith and attended St. Theresa Catholic Church in Douglasville, Georgia.  Golfing and gardening were two of his favorite
ways to spend his time.  Mr. Wagner was a loyal and devoted fan of the Alabama Crimson Tide. He is survived by his wife, Rosanne Jennings Wagner of Douglasville, Georgia; his two sons and daughters-in-law, Bobby and Jennie Wagner of Nashville, Tennessee, and
Randy and Tanya Wagner of Windsor, California; grandchildren, Sydney Wagner, Hunter Wagner, and Dylan Wagner.
The family will hold a private Celebration of Life at a later date. Messages of condolence may be sent to the family at www.jones-wynn.com.  Jones-Wynn Funeral Home and Crematory Douglas Chapel is in charge of arrangements.