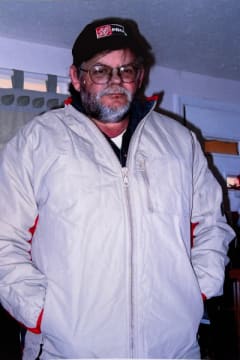 Mr. Ricky Lynn Boyd, age 67 of Warner Robins, Georgia, passed away Saturday, January 2, 2021. He was born February 26, 1953, in Shreveport, Louisiana, the son of the late Mr. Duel Thomas Boyd and the late Mrs. Etta Mae Griffis Boyd. He was director of operations for a battery production company, who loved fishing in his spare time. Mr. Boyd was of the Baptist faith.
In addition to his parents, Mr. Boyd was preceded in death by his wife, Sandy Hammond Boyd.
He is survived by his sons and daughters-in-law, Robby and Elizabeth Boyd of Winston and Casey and Trish Boyd of Perry; his sister and brother-in-law, Sharon and Michael Chancellor of Warner Robins; his brothers and sister-in-law, Jackie and Kay Boyd of Shreveport, Louisiana and Reggie Boyd of Palm Beach Gardens, Florida; seven grandchildren, Adalyn, Landon, Locklyn, Macy, Ryan, Brooklyn and Hailey; one great grandchild, Ava and several nieces and nephews.
The family will receive friends at Jones-Wynn Funeral Home of Villa Rica, Thursday, January 7, 2021 from 11:00AM until 1:00PM. Funeral Services will be conducted Thursday, January 7, 2021 at 1:00PM from the Chapel of Jones-Wynn Funeral Home, Villa Rica with Pastor Justin Richards officiating. Interment will follow in West Georgia Memorial in Villa Rica, Georgia.
Messages of condolence may be sent to the family at www.jones-wynn.com. Jones-Wynn Funeral Home of Villa Rica is in charge of the arrangements. 770-459-3694

My condolences to Ricky’s family for him passing away. I didn’t know Ricky that well. He and I attended Fair Park high school together but different graduation years. Ricky was always very sweet to me. He was ill with high blood sugars quite a bit. He seemed to be lonely and I tried to be a friend to him. I’m sure he will be greatly missed.
– Terri
Robby and Elizabeth – My prayers and love are with you during this time. So sorry for your loss and please call me if I can do anything for you or your family.
– Patty Webb