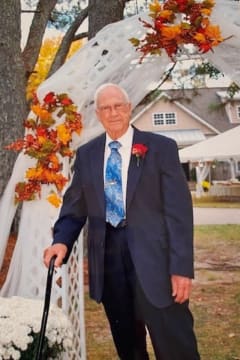 Reverend James Neal Williams, age 94, of Villa Rica, Georgia, passed away Wednesday, March 24, 2021. He was born January 23, 1927 in Carroll County, Georgia, the son of the late Mr. Charles Lewis Williams and the late Mrs. Velma Vidue Langston Williams. Rev. Williams was a veteran of the United States Army having proudly served from 1945 until 1947 during WWII in Italy as a military police. He worked for General Motors for over 30 years in the trim department. Rev. Williams started preaching at 23 years old as an evangelist. He preached his first sermon at Powell Chapel United Methodist Church in Villa Rica. Rev. Williams was ordained in March, 1973 in Lowell, Georgia. He pastored five churches, many services and revivals all over the United States.

In addition to his parents, Rev. Williams was preceded in death by his brother, Merritt Williams and sister-in-law, Madeline Williams.

He is survived by his wife, Mrs. Doris Bivins Williams of Villa Rica; his sisters-in-law, Sharon Bivins and Inez Radcliff, both of Villa Rica; several nieces, nephews and many, many extended family members. 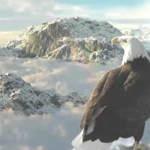 As a lifelong member of the Methodist Church, I remember Pastor Neal Williams while growing up in Carroll County with my grandparents, the Rev. Alton and Mildred Smith, who are long since passed. They and Pastor Neal traveled in many of the same circles as Methodist pastors. As a child, I remember him as he was a very friendly. outgoing and nice Christian man. I am very sorry to hear of his passing. – Elizabeth Whitaker Marino
– Elizabeth Marino
We loved when he would come into the office and say “Ladies yal need a song today?” And of course we never turned down that amazing Grace harmonica tune! We will miss him. We are so sorry for your loss. Your Dental family at Douglas Dental Studio
– Angela Grizzard

You and the family is in our prayers we love u . Love Tracey and Cayce butler
– Tracey butler

Oh Ms Doris and family I’m so sorry for the loss of a great man that we always thought of as a grandfather and a great Christian and loving family we were so honored to have been a part of your lives we always enjoyed and looked upto Pastor Neal Williams and Mrs Doris we all loved you so much if there is anything we can do we are all here for you you are in our prayers and thoughts
– Tracey butler
May the GOD of all comfort and grace be with you Doris in this loss of a beloved cousin , friend , and fellow minister . Heavens gates are opened wide for those that spread the Gospel of our LORD and SAVIOR ; there will be a glorious reunion day !! Robert and Nadine Williams
– Robert Williams
Ms.Doris and Family; I am saddened at this news of the passing of a gentleman and a giant of a man. He was a lifetime friend and he will truly be missed. His memories and legacy will live on with the many family and friends that Neal made along his journey of life. God’s Blessings, Peace and Tranquility be with you all during this time of grief. Pastor Stephen George Flushing Ohio
– Stephen George