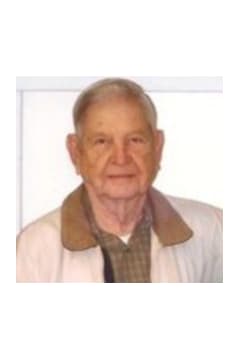 Mr. Ralph Matthews Cantrell, age 89, of Douglasville, Georgia passed away Saturday, June 29, 2013 at his residence. He was born July 29, 1923 in Carroll County, Georgia the son of the late Mr. John Cantrell and the late Mrs. Lizzie Matthews Cantrell. He served in the U.S. Navy during World War II where he searched for Japanese submarines. After the war he was honorable discharged from the U.S. Navy, and reenlisted in the U.S. Air Force. He retired from Ford Motor Company following 31 years of dedicated service. He was lovingly called âPopâ. In 1979 he was ordained as a deacon and faithfully served the Lord and his Church family. He was a member of Chapel Hill Road Baptist Church. In addition to his parents, he was preceded in death by his wife, Margaret Ann Wofford Cantrell on April 4, 2012; sister, Gertrude Weemes; brothers, Hubert Cantrell, James Cantrell, and Winson Cantrell; half sister, Eileen McAdams; half brothers, Mark Cantrell and Edwin Cantrell. He is survived by his son and daughter-in-law, William âWillieâ and Leisa Cantrell of Douglasville; three grandchildren, Christopher Cantrell, Jamie Cantrell, and Chase Cantrell; several nieces and nephews. The family will receive friends at Jones-Wynn Funeral Home, Douglas Chapel, Monday, July 1, 2013 from 4:30 PM until 8:30 PM. Funeral Services will be conducted Tuesday, July 2, 2013 at 2:00 PM from the Chapel of Jones-Wynn Funeral Home with Rev. Randy Shirley officiating. Interment will follow at Mozley Memorial Gardens. Messages of condolence may be sent to the family at www.jones-wynn.com. Jones-Wynn Funeral Home & Crematory, of Douglasville is in charge of arrangements. 770-942-2311

Honor the life of Ralph Cantrell