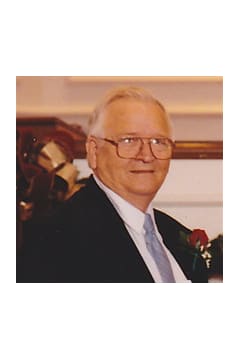 Mr. Paul Randolph Redd, 81, of Douglasville, Georgia passed away Monday, March 30, 2015. He was born November 26, 1933 in Greenville, South Carolina, the son of the late Mr. James Franklin Redd and the late Mrs. Martha Louise Hostler Redd. He was a retired veteran having served in the United States Air Force during the Korean War and the Vietnam War. He served in the United States Air Force for over 20 years. He worked in maintenance at Owens-Corning. He was a member of the Masonic Lodge. In addition to his parents, he was preceded in death by his wife, Sheryl Jean Evans Redd; grandson, Brandon Rowles and great great-grandson, Joey Santiago; one sister and two brothers. He is survived by two daughters and sons-in-law, Paula and David Ross of Lake Park, GA and Regina and Richard Rowles of Newnan; two sons and daughters-in-law, Joel and Patricia Redd of Dallas and Darrell and Denise Redd of Douglasville; sister, Irene Hughes of Enoree, SC; 12 grandchildren; 22 great-grandchildren; 3 great-great grandchildren; several brothers-in-law and sisters-in-law; numerous nieces and nephews. The family will receive friends at Jones-Wynn Funeral Home in Douglasville, Wednesday, April 1, 2015 from 6:00 PM until 8:00 PM. Funeral Services will be conducted Thursday, April 2, 2015 at 11:00 AM at the Chapel of Jones-Wynn Funeral Home in Douglasville with Pastor John Sullivan officiating. Interment will follow at Sunrise Memorial Gardens. The following will serve as pallbearers: Mike Regan, Daniel Ross, Joshua Redd, Jessie Santiago, Steve Moss, and Jonathan Redd. Full Military Honors will be provided by members of the United States Air Force Honor Guard. Honorary escort will be members of the Freedom Riders. Messages of condolence to the family may be sent at www.jones-wynn.com. Jones-Wynn Funeral Home & Crematory of Douglasville is in charge of arrangements. 770-942-2311