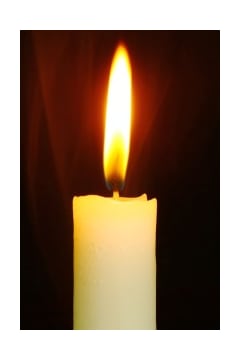 Mrs. Patricia Lytle Robert, age 72, of Douglasville, Georgia passed away Saturday, February 8, 2020. She was born August 13, 1947 in Atlanta, Georgia, the daughter of the late Elmer Alton Lytle and Shirley Burdett Petty. She was a homemaker. Mrs. Roberts enjoyed shopping and watching TV. She liked getting her nails done and eating out, especially at Waffle House and Bay Breeze. Mrs. Roberts worshipped at the The Outpost, Inc. in Powder Springs.
In addition to her father, Mrs. Roberts was preceded in death by her son, Edwin Roberts, IV and her brother, Michael Lytle.
Mrs. Roberts is survived by husband of over 55 years, Edwin Roberts, III of Douglasville; her son and daughters-in-law, Millie R. Wheeler of Douglasville and James Russell and Teresa Thomas Roberts of Douglasville; her mother, Shirley Burdett Petty of Douglasville; her sister and brother-in-law, Cindy and Everett Fuller of Georgia; her half-sister and her husband, Alicia Dawn Petty King and Scott King of Atlanta; her brother and sister-in-law, Elmer A. Lytle, Jr. and Gail Lytle of Fairplay; grandchildren, Christine Moody of Albany, Christopher and Jaci Roberts of Douglasville; Jackie Roberts of Whitesburg, Devin Roberts of Douglasville, Jennifer Roberts of Macon and Jonathan Roberts of Colorado Springs, Colorado; great-grandchildren, Tyler Michael Moody and Makayla Moody; and several nieces and nephews also survive.
According to Mrs. Roberts wishes, she will be cremated. A Memorial Service will be conducted Saturday, February 22, 2020 at 12:00Noon at Dorsett Shoals Baptist Church, 5633 Dorsett Shoals Road, Douglasville, GA 30135. In lieu of flowers, those desiring to do so may make donations In Memory of Patricia L. Roberts, to the CBN 700 Club, which she watched every day.
Messages of condolences may be sent to the family at www.jones-wynn.com. Jones-Wynn Funeral Home of Douglasville is in charge of the arrangements. 770-942-2311

Please share a condolence, photo or memory of Patricia. We welcome all condolences that are positive and uplifting that will help family and friends heal.