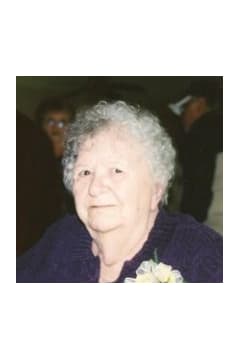 Mrs. Oree Williams Farr Parks, age 91, of Douglasville, Georgia passed away Wednesday, March 6, 2013. A native of Villa Rica, she was born October 16, 1921 the daughter of the late Mr. Homer Lee Williams and the late Mrs. Sarah Frances âFannieâ Browning Williams. At a young age she accepted Jesus Christ as her Savior while attending her home church of Fullerville Baptist Church and she later became a member of White Oak Springs Baptist Church. She retired from the Villa Rica Cotton Mill. She was a Proverbs 31 Woman who was a blessing to all that knew her. She was devoted to her family. In addition to her parents, she was preceded in death by her first husband, Curtis Daniel Farr; second husband, John Parks, Jr.; her stepson, Ray Parks and her sister, Pauline Drummond. She is survived by her daughter, Paulette Crutchfield of Douglasville; stepdaughter, Deborah Parks Hicks of Smyrna; step daughter-in-law, Elaine Parks of Dallas; her brother, Rev. Charles Williams of Villa Rica; one granddaughter, Kimberly Hicks Jackson and her husband, Shane; several nieces and nephews also survive. She was also survived by many who lovingly knew her as âMama Farrâ or âShugâ. The family will receive friends at Jones-Wynn Funeral Home of Villa Rica, Friday, March 8, 2013 from 4:00 PM until 9:00 PM. Funeral Services will be conducted Saturday, March 9, 2013 at 4:00 from the Chapel of Jones-Wynn Funeral Home in Villa Rica with Rev. Micah Williams, Rev. Earl Partain officiating. Interment will follow at Hillcrest Cemetery in Villa Rica with Rev. Jerry Hollis officiating. Messages of condolence may be sent to the family at www.jones-wynn.com. Jones-Wynn Funeral Home of Villa Rica is in charge of arrangements. 770-459-3694

Honor the life of Oree Parks

Please share a condolence, photo or memory of Oree. We welcome all condolences that are positive and uplifting that will help family and friends heal.