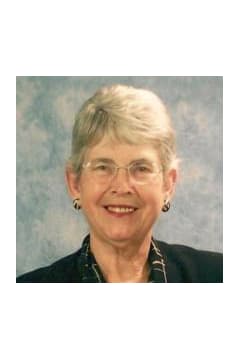 Mrs. Olene Johnson Kay, age 80, of Carrollton, Georgia passed away Monday, May 7, 2012. She was born July 8, 1931 in Cullman County, Alabama the daughter of the late Mr. Otto Marvin Johnson and the late Mrs. Clara Bailey Johnson. Of eleven children, Olene was the only graduate from high school, where she was a star basketball player. She started her career with Southern Bell as a telephone operator, then married William âBillâ Talmadge Kay on November 30, 1956. Olene was an excellent homemaker, raising a huge garden, sharing and canning vegetables. Her cooking was renown, with multiple requests for her hand grated coconut and carrot cakes. She was a marvelous seamstress and quilter, sewing most of her familyâs clothes. She could usually be found working in the yard, or in the kitchen preparing a big meal for anyone in need. She was a long time member of Pleasant Hill Baptist Church in Powder Springs and more recently was a member of Midway Macedonia Baptist Church in Villa Rica, where she was active in Calebâs Cousins. In addition to her parents she was preceded in death by her sisters, Agnes Briscoe and Mary Lou Johnson; and brothers, Alvin, Warren, Jack. O.M., Dewell and Grady Leon Johnson. She is survived by her husband of 55 years, William âBillâ Talmadge Kay, Sr. of Carrollton; daughters, Shelia and Steve Sullivan of Cataula, GA and Sally and Todd Jackson of Blue Springs, MO; son, William âBillyâ and Heather Kay of Carrollton; sister, DeâEtte Knott of Crane Hill, AL; brother, Evone Johnson of Cullman, AL; 7 grandchildren; 3 great-grandchildren; several nieces and nephews. The family will receive friends at Jones-Wynn Funeral Home, Douglas Chapel, Wednesday, May 9, 2012 from 5:00 PM until 8:00 PM and on Thursday, May 10, 2012 from 10:00 AM until the funeral hour. Funeral Services will be conducted Thursday, May 10, 2012 at 11:00 AM from the Chapel of Jones-Wynn Funeral Home in Douglasville with Rev. Lamar Rackley and Rev. Dan McPherson officiating. Interment will follow at Sunrise Memorial Gardens. In lieu of flowers, the family requests donations to Good Samaritan Mission, Post Office Box 430, Villa Rica, GA 30180, through which Olene and Bill have supported several orphans. Messages of condolence may be sent to the family at www.jones-wynn.com. Jones-Wynn Funeral Home, Inc., Cremation Service and Memorial Gardens of Douglasville in charge of arrangements. 770-942-2311

Honor the life of Olene Kay

Please share a condolence, photo or memory of Olene. We welcome all condolences that are positive and uplifting that will help family and friends heal.