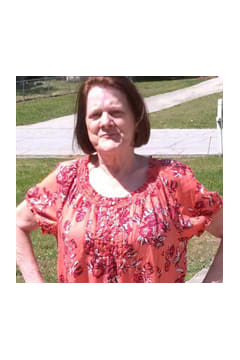 Ms. Nora Marie Finley Wellman, age 76, of Douglasville, Georgia passed away Tuesday, December 5, 2017. She was born September 4, 1941 in Chattaroy, West Virginia the daughter of the late Mr. Arthur Freeland Finley and the late Mrs. Tessie Marie Justice Davis. She was a member of Life Church in Smyrna. She worked as a hairdresser for many years, in the deli at Winn Dixie and later worked as a deli associate at Wal-Mart in Dallas. She loved working and was known to be a very hard worker. Her passion was to eat Hersheyâs bars. Devoted to family, she was a loving mother, grandmother, and great-grandmother. She was always there for her family as their biggest supporter. Those that loved her, lovingly called her âNannyâ. In addition to her parents, she was preceded in death by her sister, Margaret Maynard; and brother, Lee Finley. She is survived by two daughters and a son-in-law, Karen Sanders of Smyrna and Sandra and Bobby Jones of Douglasville; three brothers, Bill Finley, Ronald Finley, and Robbie Finley all of West Virginia; nine grandchildren; eleven great-grandchildren; several nieces and nephews. The family will receive friends at Jones-Wynn Funeral Home in Douglasville, Monday, December 11, 2017 from 6:00 PM until 8:00 PM. Funeral Services will be conducted Tuesday, December 12, 2017 at 11:00 AM at the Chapel of Jones-Wynn Funeral Home in Douglasville with Pastor Shell Osbon officiating. Interment will follow at Meadowbrook Memory Gardens in Villa Rica. Messages of condolence to the family may be sent at www.jones-wynn.com. Jones-Wynn Funeral Home & Crematory of Douglasville is in charge of arrangements. 770-942-2311

Honor the life of Nora Wellman

Please share a condolence, photo or memory of Nora. We welcome all condolences that are positive and uplifting that will help family and friends heal.