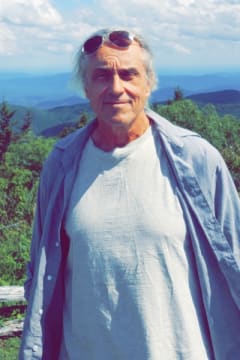 Mr. Neil John Howell, age 70 of Villa Rica, Georgia passed away Monday, July 20, 2020. He was born January 13, 1950 in Valparaiso, Indiana, the son of the late Mr. John Henry Howell and the late Mrs. Anita Mae Honchar Howell. Mr. Howell was a musician. He loved making music and was a fantastic guitar player. He enjoyed spending time with his family and children. Mr. Howell was of the Christian faith.
Mr. Howell is survived by his wife, Nadine Black Howell of Villa Rica, Georgia; daughters, Dawn Kountz of Louisville, Kentucky and Neva Howell of Chamblee, Georgia; sons, Garrett Howell of Decatur, Georgia, James Howell of Villa Rica, Georgia, and Shaun Kountz of Virginia; brother, Gary Howell of Valparaiso, Indiana; several nieces and nephews also survive.
According to Mr. Howell’s wishes, he was cremated. A Celebration of Life will be held at a later date.
Messages of condolence may be sent to the family at www.jones-wynn.com. Jones-Wynn Funeral Home of Villa Rica is in charge of the arrangements. 770-459-3694

Please share a condolence, photo or memory of Neil. We welcome all condolences that are positive and uplifting that will help family and friends heal.