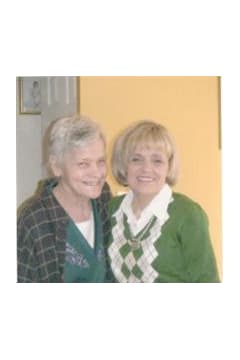 Nancy Naomi Warren, age 71, of Douglasville, Georgia passed away Friday, September 14, 2012 at Wellstar Tranquility Hospice following an extended illness. A native of Douglasville, Georgia, she was born April 4, 1941 the daughter of the late Mr. Webb C. Warren and the late Mrs. Mary Mildred Bryan Warren. She was of the Baptist Faith and was a homemaker. She was very proud of her family and was a wonderful cook. In addition to her parents, she was preceded in death by her sisters, Eunice Harper, Leila Mae Brittan, and Margaret McLarty; brothers, Ollie Warren, W.C. Warren, and Bryan Warren. She is survived by her daughter, Mary Beth Henley of Griffin; sister, Jewell W. Northcutt of Douglasville; brother, Rader C. Warren of Douglasville; one grandchild, Jordan Gilbert; special niece, Marie Delello of Douglasville; close friend, John Paden of Douglasville; several nieces and nephews also survive. The family will receive friends at Jones-Wynn Funeral Home in Douglasville, Monday, September 17, 2012 from 5:00 PM until 9:00 PM. Funeral Services will be conducted Tuesday, September 18, 2012 at 4:00 PM from the Chapel of Jones-Wynn Funeral Home in Douglasville with Michael Warren officiating. According to her wishes, the body will be cremated following the service. Messages of condolence may be sent to the family at www.jones-wynn.com. Jones-Wynn Funeral Home & Crematory, Inc., of Douglasville is in charge of arrangements. 770-942-2311