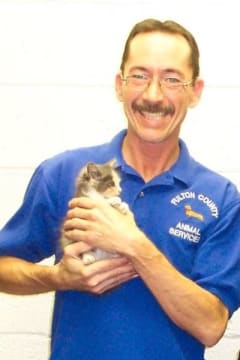 Myles John Swain, age 61, of Douglasville, Georgia passed away on May 5, 2020.
He is survived by his beloved daughter, Taron Swain Wallace and son-in-law, Kevin Wallace of Statham, Georgia; his father and step-mother, Myles Elwood Swain and Sylvia Jean Swain of Fayetteville, North Carolina; sister, Dany Roberson of Georgia; his brother and sister-in-law, Sean and Marie Swain of Fayetteville, North Carolina; and his four grandchildren, Jaxson Wallace, Maxsim Wallace, Nixin Wallace and Roxi Wallace.
Myles was born May 19, 1958 in Michigan, grew up in North Carolina, attended the University of North Carolina and moved to the Atlanta area in the early 1980’s. Myles was very artistic and his home was full of his original paintings. He wrote beautiful poetry, enjoyed listening to music and was very athletic. Myles was also the published author of his autobiography, A Broken Cradle, and was working on a second book at the time of his passing. But Myles’ consuming passion in life was helping shelter animals.
Shortly after moving to Atlanta, Myles took a job at Fulton County Animal Services and began his four-decade long animal welfare career. Among other positions, he served as the Kennel Manager at both Fulton County Animal Services and DeKalb County Animal Services and as the Rescue Coordinator at Douglas County Animal Services, where he was employed when he passed away.
When Myles first started at the Fulton shelter, almost all of the animals that entered the shelter were euthanized. Myles made sure that before they died they were shown tender loving care, often for the first time in their lives. He also saved animals the only way he could at the time, by going against shelter policy to sneak animals out to rescue groups. Eventually, he joined forces with like-minded animal advocates in order to fight for, and eventually usher in, much needed changes at both the Fulton and DeKalb County shelters. Most of his shelter reform work was done behind the scenes, but he also bravely appeared on TV news whistleblower type stories where he passionately advocated for lifesaving changes.
Myles dedicated his entire adult life to helping shelter animals. He always saw the best in the animals, especially the ones with problems. He would not only champion the cute little puppy or kitten, but also the eighteen-year-old, one-eyed, diabetic cat; the abused dog that would growl when anyone came near him; the starving dog covered in mange and the one-day-old orphaned kittens with their umbilical cords still attached. And the animals knew it – within minutes he could handle and soothe the most scared dog that no one else could get near. Myles was also such a persuasive advocate for the homeless animals that rescuers who came to the shelter to rescue one animal often found themselves leaving with three or four or seven of them.
We are still providing services to our families based on CDC COVID-19 guidelines. According to Myles’ wishes, he will be cremated and a celebration of life gathering will be held at a later date. In lieu of flowers, those who wish to honor Myles Swain’s life of service to animals are encouraged to support their local animal shelter or rescue group with donations, by volunteering or especially by adopting or rescuing a pet in Myles’ honor. He would have loved that.
Messages of condolence may be sent to the family at www.jones-wynn.com. Jones-Wynn Funeral Home of Douglasville is in charge of arrangements. 770-942-2311 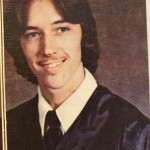 Taron – I am fostering Buster Brown, and wanted to tell you how sorry I am. I understand how much your father did to help the animals in our community, and was truly moved by it. I am honored to be able to help Buster recover from losing his dad, and my heart goes out to you and your family.
– Linda
I went to high school with Myles before I moved away. He was always kind to me and to others. I hope you take comfort in knowing of his kindness to so many. God Bless you!
– Soundra
My thoughts and prayers are with the family. I new Myles in High school as a sweet and loving person. He was always very kind. I know he will be missed by many. Sandra H
– Sandra H
I’ve known Myles since elementary school. We graduated together. He was always a nice person. His very active role for animals has always touched my soul. To his family.. I am so sorry for your loss.. many of his friends share a loss too. I pray for strength and comfort for the days ahead. I believe he is at the rainbow bridge surrounded by all of our furbabies that we’ve lost.
– Dianne
Taron, I am so sorry to hear about Myles. You and your family are in my thoughts and prayers. I met Myles when you were a toddler. We were inseparable in those days. I still remember his laugh. He loved the holidays. You and animal’s were his life. We also worked together at FCAC. I will try to post a photo of us. He will be missed. Much love Diane.
– Diane Barton
Taron, you and your family are in my heart and prayers. May you find peace and comfort in the days ahead. I volunteered at the Douglas County Shelter and had the privilege of watching Myles interact with the animals. He was amazing.
– Elizabeth
Taron, I am so very sorry for your loss. You and your family are in my prayers for comfort and peace. I volunteered at the Douglas County Shelter and had the pleasure of seeing Myles in action. He was a remarkable man.
– Elizabeth
Taron- I am so sorry for your loss. Not only was he your Father, he was your best friend. You and your family are in our prayers and on our minds. With much love, Grandpa and Grandma Swain.
– Sylvia Swain
I didn’t know this fine man but read his obituary in today’s AJC. Thank you Myles for all you did on behalf of all animals. Rest in Peace–I am sure lots and lots of cats and dogs are running to greet you in heaven. You are a hero
– Betsy Bockman
While I personally did not interact with Myles, through the Rescue I volunteer with, I was able to help several baby kittens that would have died if to for his intervention. I’m so sorry Myles is gone – Rescue has lost a great, great advocate. Love and prayers.
– Sandy W
I knew Myles for years — from volunteering at Dekalb, first at the old shelter and then at the new one in Chamblee. During those years, Myles and I became friends and kept in touch after he left Dekalb for Douglas county. Myles loved the animals and they loved him — except one dog, who hated him. Myles would joke about it but I also knew he was sad about it. He said he tried everything — hot dogs, soothing words, dog treats, but this dog was unconvinced. (Silly dog!) It’s clear people also shared this love for him. We threw a good-bye party for Myles on his last day at Dekalb and so many people showed up who had worked with him years ago. In addition to loving shelter animals, Myles also clearly loved his daughter. He would tell me about how special she was to him. My husband (Ross) and I are so sad about his untimely passing. To his family and friends, our hearts go out to you. Yours truly, Kris Byron (and Ross Rubenstein)
– Kris Byron
Myles and I worked together at Fulton Animal Services. He loved coffee and he loved animal. I would go to his office every morning for a cup of Gevalia coffee. Pumpkin Spice was our favorite. You are going to be missed my friend. RIP
– Cheryl Holifield
I’m going to miss you he was my supervisor at dekalb and Fulton he taught me everything I know his love for the animals was everything you will be missed my prayers going out to the family he was my family he’s in a better place right now god got him
– Tekisha brown
My heart hurts knowing a great animal advocate has passed. Taron, your Dad was a blessing to us all. Prayers for you and your family.
– Sasanna Strozier
Since 2004 when I moved across the street from you I’ve always seen and wave to across the street when I took my dogs out ! There’s a sad and empty feeling when I don’t see you outside. You will be missed and my condolences to the family
– Kendra
Taron, you know we love you and will be praying for you and your family
– peggy Appleby
Taron Sorry for the loss of your poppa Praying for you and the Kids
– Wendell Roberson
Taron- I am so sorry to hear of your father passing. You and your family are in our prayers. Marilyn
– Marilyn
Taron- I’m sorry for your loss. You and your family are in my thoughts and prayers. I always loved your dads cooking! We are a lot of meals together. I love you! Sandra
– Sandra