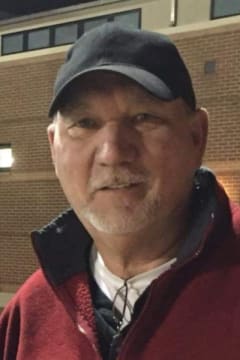 Mr. Michael “Blade” Williams, age 66, of Dallas, Georgia, passed peacefully from this earth Sunday, December 6, 2020. He was at his home after a short, brave battle with cancer. He is survived by his wife of 43 years, Judy Williams; his daughters, Stephanie (Ryan) Horne and Malory (Topher) Evans; grandchildren, Mackenzie Horne, Bailey Horne, Garret Evans and Olivia Evans; brother, Roger (Vicki) Williams; nephews, Jason Bahr, Eric Williams and niece, Lindsey Cooper. Mr. Williams was preceded in death by his mother, Vera Kelly; his father, Billy Williams and step-father, George Kelly.
Mike was born in Villa Rica, Georgia and raised in East Point, Georgia. He attended Headland High School, where he excelled as a star-basketball player. He began his 34-year career with Delta Airlines in 1974 where he worked until 2008. Mike spent most of his life raising his family in Fayetteville, Georgia where he became involved with the Patriots Football Program at Sandy Creek High School. While there, he watched many young boys move through the program and on to various NFL teams. These were, without a doubt, some of the happiest years of his life. He then spent his early retirement years working for Ackerman Security in College Park, before his final retirement move to Dallas, Georgia to be closer to his grandchildren. Kenzie-Doodle, G-Man, BayBay and his little Lulu were the pride of his life and the thing he hated most about leaving behind.
Mike’s last years were spent traveling with his family, working in his “impeccable” yard, and enjoying the kids in the cul-de-sac. He quickly became everyone’s Pawpaw. Mostly, he enjoyed being at home, watching his grandkids grow and excel in sports, dance, scouts and school.
According to Mr. Williams wishes, he will be cremated. A celebration of life gathering will take place at the Chapel of Jones-Wynn Funeral Home of Villa Rica, Saturday, January 9, 2021 from 1:00PM until 4:00PM with casual dress request by family.
Messages of condolence may be sent to the family at www.jones-wynn.com. Jones-Wynn Funeral Home of Villa Rica is in charge of the arrangements. 770-459-3694 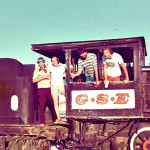 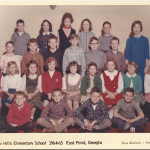 I worked at one of the locations Mike was a security guard for. He was always willing to help anyone. He and I talked of our families. The love he had for Judy, his 2 daughters Mallory and Stephanie and his grandchildren was so sweet. May you rest in Peace Mike.
– Frankie Bolar
Our hearts and prayers are with family of Mike Williams this morning. Even though we know Heaven has welcomed another very special angel, we share in your loss. Mike was a wonderful person and he enjoyed life to the fullest! He leaves a loving family as his legacy to our world. We hope it comforts your hearts to know that the each one of you will continue to be a beautiful testimony to his life. It is our great sorrow that Mike has passed and our Great Joy that he lived!! Love and prayers are with all who love our friend!
– Gary Fain
I enjoyed working for Mike at Delta. He always treated me well, a good supervisor and good friend. A lot of good times at work. RIP Stan Seals & Rhonda Seals.
– Stan Seals