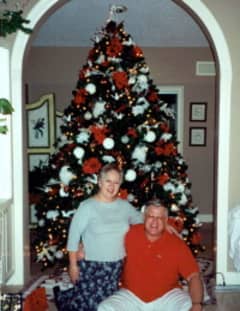 Melvin Leroy Jackson age 73 of Villa Rica, Georgia entered Heaven’s gates escorted by God’s angels on March 18, 2020. He was born in Chattanooga, Tennessee on November 10, 1946 to the late Jesse Leon and Marie Payton Jackson. He is survived by his loving wife of 50 years Dianne Massey Jackson formerly of Rome, Georgia where they met as children at Calvary Baptist Church at the tender ages of 12 and 9. He was a proud and devoted father to their two sons David and George Jackson of Villa Rica.
Mr. Jackson is also survived by his son George’s wife Meghan Harper Jackson; his sister Shirley Fernandez of Villa Rica; brother Robert Jackson of Asheboro, North Carolina; nephews Terry and Tim Jackson of Villa Rica, Jeff Hope of Hiram, Scott Hope of Redmond, Washington; nieces Christy Rego and Stephanie Stuckenschneider of Villa Rica and many great nieces and nephews.
A life altering event occurred when Mr. Jackson accepted Christ as his Lord and Saviour and was baptized at 5 years of age. As he began his new life in Christ at Calvary Baptist Church in Rome, Georgia God worked in and through him as a witness to thousands who recognized his loving, merciful, kind nature. Many of the most important events in Mr. Jackson’s life commenced with his faithful attendance at Calvary where he and Dianne were married on September 7, 1969. Both their sons were dedicated to God’s service as young children there, and he was ordained as a Deacon at Calvary Baptist on September 21, 1975 and served alongside one of many his mentors in Christ The Rev. Charlie Edens. Mr. and Mrs. Jackson were Youth Ministers at Calvary Baptist in the mid 70’s.
He was a longtime member of First Baptist Church in Villa Rica where he taught Sunday School, served as a Deacon, and served on multiple committees. He also was instrumental in securing donations of construction materials when the congregation relocated to its present site.
Mr. Jackson extended his extraordinary spirit of philanthropy outside the church and supported numerous independent Christian organizations and foundations throughout the years. He possessed an unbelievable passion for spreading The Gospel and was driven to minister to persons both known and unknown to him, because sharing his faith in Christ was as natural to him as breathing. One of the most fulfilling of his achievements was his role as a founding member of Battlefield Ministries, Inc. whose goal was fighting to save broken families by providing counseling services throughout the United States as well as internationally.
Known as both a gifted athlete and coach Mr. Jackson graduated with honors from Coosa High School in 1965. He was awarded a full football scholarship to The Citadel in Charleston, South Carolina and graduated with a B. S. degree in 1969. He went on to a successful coaching career in Georgia and South Carolina and returned to Coosa in 1971 as an assistant under his high school coach Branch Bragg who was like a father to him. He later assumed the position of Head Coach/Athletic Director at his alma mater. He led his teams to several championships including a State Championship Wrestling title in South Carolina.
In 1981 Mr. Jackson decided to leave his Head Coach/Athletic Director position in Calhoun County and pursue a career in sales because he wanted to provide a better life for his family. Over the course of the next 29 years he ultimately became part owner of Mesker Door Company in Huntsville, Alabama which also had facilities in Mexico, Missouri, and California. He retired in 2010.
His athletic prowess was evident in all his recreational activities. He loved salt water fishing, water skiing, snowmobiling, snorkeling and visiting the Caribbean islands particularly Abaco. He excelled in tennis, roller skating, and swimming. For many years he taught swimming to children as young as 2 months as well as adults in their 80’s.
Community service was extremely important to Mr. Jackson especially anything pertaining to school athletic programs. He participated in fundraising endeavors for many years and was well known to local business owners. On behalf of the Villa Rica Boosters Club he served as negotiator with local banks and utilized his business acumen to obtain funding for construction and expansion of the stadium and athletic facilities.
Mr. Jackson had countless accomplishments on this earth but in the eyes of his wife and sons the noblest was his undying love and commitment to them. They saw in his actions an almost flawless portrayal of where a man’s allegiances should lie, and he provided a stable, loving environment throughout his marriage. But what they will remember and preserve most will be his love for all of mankind whether rich or poor, and the fact that their home was always filled with an abundant supply of love, laughter and friends.
In addition to his parents he was preceded in death by his sister Norma Jean Spence of Powder Springs, Georgia; his brother William Lee Jackson of Villa Rica; and his sister Betty June Jackson of Ft. Payne, Alabama.
Mr. Jackson’s life will be honored with a Homegoing Celebration in the near future with arrangements to be announced on Facebook, the email service from First Baptist Church of Villa Rica, and by Jones Wynn Funeral Home. In lieu of flowers it was the decedent’s wish that donations be made to Battlefield Ministries, Inc. at P.O. Box 1700, Rome, GA 30162, phone number 706-235-9350.
Messages of condolence may be sent to the family at www.jones-wynn.com. Jones-Wynn Funeral Home, Inc. and Cremation Services of Villa Rica in charge of arrangements. 770-459-3694 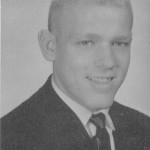