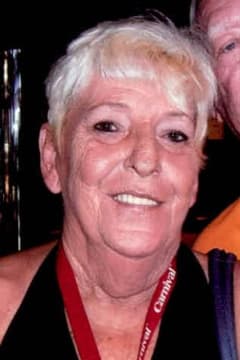 Mrs. Mary Joyce Jarriel McGill, age 74, of Villa Rica, Georgia passed away Saturday, April 17, 2021. She was born October 28, 1946 in Villa Rica, Georgia, the daughter of the late Mr. Benjamin Franklin Jarriel and the late Mrs. Alma Louise Causey Jarriel. She was business owner and operator for a furniture company. Mrs. McGill loved her grandchildren and her church family. She was of the Baptist faith.
In addition to her parents, she was preceded in death by son, Christopher Brian McGill and several brothers and sisters.
Survivors include her husband of 50 years, Donnie McGill of Villa Rica; her daughter and son-in-law, Joy and Terry Phillips and her son and daughter-in-law, Benje and April McGill of Villa Rica; her sister-in-law, Jenny Alexander of Louisville, Kentucky; her brother, Terry Jarriel of Temple; three grandchildren, Donna Duren, Brantley McGill and Alyssa McGill; and several nieces and nephews.
As per her wishes, Mrs. McGill will be cremated.
Messages of condolence may be sent to the family at www.jones-wynn.com. Jones-Wynn Funeral Home of Villa Rica is in charge of the arrangements 770-459-3694.

Joyce and I attended school together as Kids.She was a very Fun person to be friends with.So sad She is no longer with us.She will remain in the Hearts of Friends and Family.I am so sorry for the loss. Of Joyce!My sympathy to You all as You go through your loss!
– Sandra Barber Rabern

Joyce, and family i want you all to know that I love you so much and I know how badly you wanted to get things right with your family well now maybe most of that is gone. You will be missed by everyone that knew you. Truly a lady with a heart of gold. We love you Aunt Joyce.
– Carolyn Chism