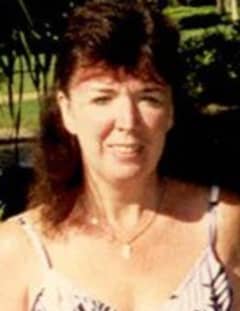 Mrs. Marie âReeâ Mead Miller, 72, of Villa Rica, Georgia passed away Saturday, November 26, 2016 at her residence. She was born May 27, 1944 in Brooklyn, New York, the daughter of the late Mr. John Mead and the late Mrs. Marie Corbley Mead. She worked as the parts manager at Sears Automotive. She was a member of Our Lady of Perpetual Help Catholic Church in Carrollton. She was a âselfless womanâ that enjoyed volunteering her time to others in the community. She volunteered at the Fairfield Plantation at a number of community events such as St. Patrickâs Day, the Easter Egg Hunt, Halloween and the Santa Breakfast. She was honored as âWoman of the Yearâ by the Plantation Womenâs Club. She enjoyed crafts and spending time her family. She was a devoted wife, mother, and grandmother. In addition to her husband she was preceded in death by a sister, Kathleen Miller. She is survived by her husband, Thomas âTomâ Miller of Villa Rica; two daughters and sons-in-law, Kim and Alex Cavalcante and Jennifer and Matt Brock all of Villa Rica; son and daughter-in-law, Michael and Regina Miller of Jupiter, FL; three sisters and brothers-in-law, Regina and John Glynn of Palm City, FL, Maureen and Don Condiff of Delaware, and Anne and Joe Little of Vermont; brother and sister-in-law, John âJackâ and Judy Mead of Long Island, NY; five grandchildren, Ashley Cavalcante, Danielle Cavalcante, Emily Cavalcante, Dylan Brock, and Colin Brock; several nieces and nephews. The family will receive friends at Jones-Wynn Funeral Home in Villa Rica, Saturday, December 3, 2016 from 2:00 PM until 4:00 PM. Funeral Services will be conducted Saturday, December 3, 2016 at 4:00 PM from the Chapel of Jones-Wynn Funeral Home with Rev. Gus Henriques officiating. According to her wishes, her body will be cremated following the funeral service. Messages of condolence to the family may be sent at www.jones-wynn.com. Jones-Wynn Funeral Home & Cremation Services of Villa Rica is in charge of arrangements. 770-459-3694

Please share a condolence, photo or memory of Marie “Ree”. We welcome all condolences that are positive and uplifting that will help family and friends heal.