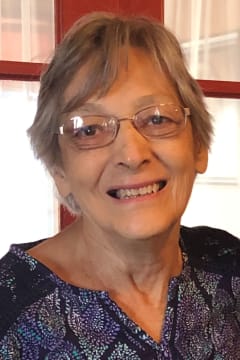 On May 25, 2021, Loretta Linville was at home, surrounded by her family, when she became absent in her body, and present with her Lord.

Born on January 18, 1932, in Dayton, Ohio, daughter of Hazel and Hardin Johnson, she graduated from Wilbur Wright High School in 1950. In 1952, she was married to Bill Linville, until his death in 2015. They lived various places in the Dayton area, until moving to Windsor Locks, CT, and again to Lexington, KY, eventually living in Georgia from 1974 until her death, most of it spent living in Franklin, and the past 3 years in Villa Rica.

Loretta was loved dearly by her family and had many friends, as she exuded the character of true Christianity, quietly and humbly living a life of faith, graciously serving behind the scenes with no desires for accolades or approval.

She was dedicated to her church family, always there when needed to selflessly give of herself, and truly lived the command to esteem others better than herself, whether it was teaching Sunday School at Chapel Woods Presbyterian Church in Decatur, serving with the Bill Blass Prison Ministry, and for much of her later years, sharing the Gospel and teaching the Bible to the ladies in the Franklin Jail. At Franklin First Baptist Church, she led Bible studies for the women. She had a hunger for the Word of God, doing inductive study up until her last year of life. She was always taking a meal to someone, her prayer life was a comfort to many, and she sent hundreds of cards of encouragement in her lifetime, doing so up until she could no longer pick up a pen to write. Not even to mention all the times she was there for her family whenever needed, with no hesitation whatsoever.

She finished her life as well as she lived it, without complaining, always with a thankful and a kind heart, in spite of her suffering. She will forever be our example of a Godly woman.

Besides being predeceased by her husband, Bill, and her parents, she was also predeceased by her sister, Ruth Hild, brothers, George, Elbert, and Jack Johnson. She is survived by her beloved sister, Rosanna Lane, children Debby Morgan (Bill), Randy Linville (Laurie), Brenda Maserjian (Mike) and Cindy Freeman (Tim), 11 grandchildren and 7 great-grandchildren, and many nieces and nephews.

We are so grateful for her nurses, Deana and Beverly and the rest of the staff at Fresenius Kidney Center in Villa Rica; Homestead Hospice, Cartersville, especially Pam and Holly; and for her caregivers Barbara, Becky, Diane, Susan and Victoria- we do not know what we would have done without them!

The family will receive friends at Jones Wynn Funeral Home in Villa Rica, GA, on Thursday, May 27, from 4-7 pm. At her request, a private family graveside service will be held at Franklin Memorial Gardens the following day. 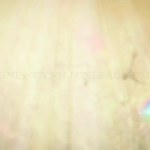 Though we didn’t know Loretta long, her loving, Christian spirit touched our hearts. We feel the loss of her dear presence here, but are deeply grateful to know we will see her once again in Heaven. With love, the Faria’s, Woodridge’s, & Camenisch’s
– Emily

We will always have the wonderful memories as a family living in the duplex on Lownds Drive in Connecticut downstairs with a wonderful family, The Linville’s, living upstairs. Loretta was a special woman and our mother grew very close to her. Although we haven’t seen her in many years We have always cherished those memories from young children into adults. My family became very close to the Linville family. I, as a matter fact, will always remember Brenda to be my very best friend and a lot of tears were shed when she moved away. Although our families separated early in life moving apart from one another We tried to stay in touch for about 50 years. We will always have those wonderful memories close to our hearts. She is an angel and she is with all of the angels now… Love forever and ever, The Carpenter family
– Cheryl (Carpenter) Haun
Debby, Randy, Brenda and Cindy I truly offer my condolences for the loss of your Mother! I always looked forward to your mothers sweet voice welcoming me always asking about my family no matter how long it had been in between visits to Dayton. I’m truly thankful you all have the Lord to help you through this loss and the joy of the Lord on her face when you see her again! My prayers are with you all! Love Connie Cochran
– Connie Cochran

To Brenda, Debby and Cindy, we send our sincere condolences and love to you all. Your mom was so blessed to have you girls love her so much the way you have all your lives. Rest in assurance that she is in His care now along with your dad. She is truly celebrating now!
– Saba & Jimmy Tanner