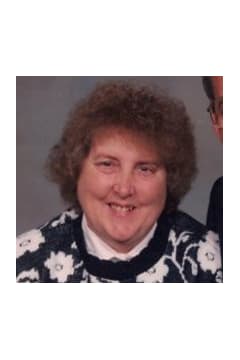 Mrs. Loretta Boring Brannon, age 79, of Douglasville, Georgia passed away Friday, October 25, 2013 following an extended illness. She was born November 9, 1933 in Farner, Tennessee the daughter of the late Mr. Emmitt Boring and the late Mrs. Carrie Queen Boring. She married Raymond Brannon on July 11, 1954 in McCaysville, Georgia. Mrs. Brannon was a homemaker and a member of Chapel Hill Road Baptist Church in Douglasville. She was devoted to her family. In addition to her parents, she was preceded in death by her son, Gary Glenn Brannon. She is survived by her husband of 59 years, Raymond Brannon of Douglasville; son and daughter-in-law, Randy and Angel Brannon of Douglasville; brothers and sisters-in-law, Leon and Linda Boring of Farner, TN and Larry and Judy Boring of Douglasville; three grandchildren, Brian Brannon, Matt Brannon and Kyle Brannon; several nieces and nephews. The family will receive friends at Jones-Wynn Funeral Home, Douglas Chapel, Sunday, October 27, 2013 from 4:00 PM until 7:00 PM. Funeral Services will be conducted Monday, October 28, 2013 at 11:00 AM at the Chapel of Jones-Wynn Funeral Home in Douglasville with Pastor Randy Shirley officiating. Interment will follow at Sunrise Memorial Gardens in Douglasville. Messages of condolence may be sent to the family at www.jones-wynn.com. Jones-Wynn Funeral Home and Crematory of Douglasville is in charge of arrangements. 770-942-2311

Honor the life of Loretta Brannon

Please share a condolence, photo or memory of Loretta. We welcome all condolences that are positive and uplifting that will help family and friends heal.