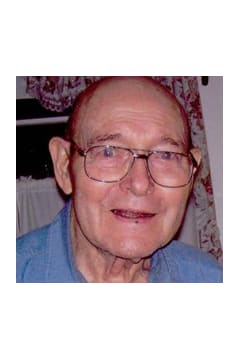 Mr. Llewellyn Everett Monroe, 82, of Lithia Springs, Georgia passed away Wednesday, January 21, 2015. He was born February 15, 1932 in Rixford, Pennsylvania, the son of the late Mr. Royal Clifford Monroe and the late Mrs. Mary Madolyn Harmon Monroe. He married Ellen Catherine Greene on December 9, 1951 in Portville, New York. Throughout his life, he was a hard worker and provider for his family. He worked in the New York oilfields, was a truck driver in the logging industry, heavy equipment operator, a grocery store assistant manager in New York, a machinist in Louisiana, a machinist at Lockheed-Martin in Georgia and worked as an air conditioner technician at Seasons 4 Inc. He was a skilled woodworker and craftsman. He was of the Baptist Faith. In addition to his parents, he was preceded in death by his wife, Ellen Catherine Greene Monroe; and half sister, Adelia Monroe Nicholes. He is survived by daughters and sons-in-law, Katherine and Lamar Deel of Mississippi; and Jennifer and Jeffrey Light of Alabama; sons and daughters-in-law, Michael and Christine Monroe of South Carolina, Steven Monroe of Georgia, David and Cheryl Monroe of New York, Chris and Kelly Monroe of Georgia and Andrew and Jenice Monroe of Georgia; sisters and brothers-in-law, Evelyn and Frank Montalbo and Joyce and Jim Lemmer all of New York; brothers and sisters-in-law, Donald and Deloris Monroe of Pennsylvania, Richard and Beverly Monroe of New York, and Robert and Janice Monroe of Florida; 15 grandchildren; 14 great-grandchildren; several nieces and nephews. According to the familyâs wishes, his body was cremated. A private family service is planned. Messages of condolence to the family may be sent at www.jones-wynn.com. Jones-Wynn Funeral Home & Crematory of Douglasville is in charge of arrangements. 770-942-2311

Honor the life of Llewellyn Monroe

Please share a condolence, photo or memory of Llewellyn. We welcome all condolences that are positive and uplifting that will help family and friends heal.