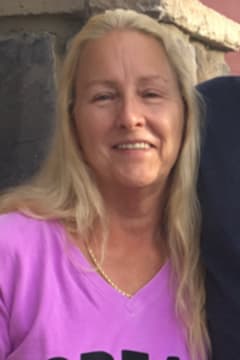 Mrs. Linda Deann Taylor, age 59, of Villa Rica, Georgia, passed away Thursday, March 25, 2021. She was born March 22, 1962 in Atlanta, Georgia, the daughter of the late Mr. George Edward Robinson and Mrs. Silvia Ann Skinner Taylor. She was a homemaker. Mrs. Taylor loved playing cards, going to the mountains and camping. Her favorite holiday was Christmas and especially loved to display her snowman collection.

In addition to her father, Mrs. Taylor was preceded in death by her sister, Anita Browning.

Our prayers are with you and your family, If there is anything you or your famiply need let me know God be with you. April and Charmin
– April

I will always have a place in my heart for Linda.She was always so good to my girls and me.If we were short in groceries her and Terry would make sure we had food in the house.She always welcomed you in to her home with open arms.She will be missed by so many people.I love you Linda and will miss you.Forever your sister in law.Deborah
– Deborah Pinzio

I’m so sorry for your loss. My heart and prayers are with you all. ❤
– Suzy Weiner
I remember the first time i met Linda almost 24 years ago at the pizza joint in the Ingles shopping center in VR. She was kind and accepted me from the start and was that way till the day she passed. I love you and will miss you Linda, another one of Heavens angels Barry Lynn
– Barry Lynn

Such a beautiful woman, mother, grandmother, sister, wife, aunt, daughter, all around just beautiful inside and out. She always took care of everyone else before herself. I remember the smells of cakes, pies and fresh jams in her home throughout our childhood. I remember her being so kind, so full of life and love. Anyone and Everyone was welcome at and in her home. Her heart was as big as the universe and her love was and is never-ending. So much of how my life was good, and how many precious memories of my childhood start and end with her could never be fully expressed. She was too good for this world. She will never be forgotten. She will always be remembered with so much love and so many smiles. I could never be more proud to have someone else’s name than I am to to have yours. We love you Aunt Linda!
– DeAnn Comstock

Growing up I remember so often when I was younger the family getting together so that the adults played poker and all the cousins ran around the house like wild children. Aunt Linda was such a kind soul and loving person also funny and beautiful! I will miss her and love her in my heart forever!
– Taylor martini