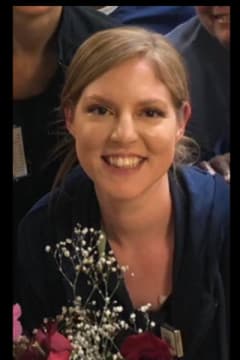 Mrs. Laura Biltgen Gossett, age 37, of Winston, Georgia, passed away Friday, January 29, 2021. She was born in Marietta, Georgia, the daughter of Mr. William “Bill” John Biltgen and Mrs. Judith Renee Epstein Biltgen. She received two Bachelor’s degrees, Mass Comm and Nursing from the University of West Georgia. Mrs. Gossett worked as a registered nurse at Wellstar Cobb for nine years and most recently in the ICU at Northside Hospital in Atlanta. She was a member of Crossroads Church in Douglasville. Mrs. Gossett enjoyed traveling, hanging out with friends, wine and paint parties and loved her dogs.

The family will receive friends at Jones-Wynn Funeral Home, Villa Rica, Thursday, February 4, 2021 from 4:00PM until 9:00PM. Funeral services will be conducted from the Chapel of Jones-Wynn Funeral Home in Villa Rica, Friday, February 5, 2021 at 2:00PM with Rev. Chris Reynolds officiating. Following the service and in accordance with Mrs. Gossett’s wishes, she will be cremated. 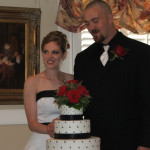 So very sorry to hear about the loss of Laura. Words cannot express my sorrow to her husband, parents, and brother, Patrick. I still think of her as your little sister following you around high school. Please take care of yourselves and each other during this time. Sincerely, Kirstie Adams
– Kirstie Adams

I know we never met, but I loved you anyway …Through The Eyes of your grandma Biltgen. After reading what your brother said about you I know I’ll love you more through the years, and think of you often. Your first cousin, once removed? Patsy and Tom Drish very much loved Laura and you always will be until we all meet again
– Tricia Drish

Laura could turn the worst situation into an opportunity for growth. She was bright, compassionate, witty, and sincere. The world lost a beautiful soul but heaven gained an angel. I will be praying for peace and comfort for her loved ones. ❤️
– Brooke Kahler
Laura, You were always so sweet, kind and positive! You always had a smile on face! Rest well, you will be missed ❤❤ my prayers are with your family
– Kimberly Smith
Laura was such an awesome Nurse and a huge advocate for her patients. Rest in perfect peace Angel. You were a true servant of God❤️
– Kula Kiawu
I would like to express my deepest condolences to Pat and Janel along with the entire Biltgen Family. Find peace in you will meet again one day! She will be your angel to watch over your parents snd guide you in your care for them!! 🤗😢😘
– Denise

Laura was an amazing beautiful and an exceptional nurse that bent over backwards for us at Wellstar for many years. I am definitely going to miss your smile and miss how you made me smile too. I am sending healing prayers and comforting hugs and my deepest warm condolences to you and your family. God has captured an Angel. I lit a yellow candle for you just because you were like sunshine and full of light. Rest in peace Laura G. Donna Mathis and Family
– Donna Mathis

My deepest condolences and sympathies. I’m so saddened by her loss, she was an amazing, caring and fabulous nurse. May she now Rest In Peace in Gods Heaven.
– Allen Bhatnagar
You were a beautiful light in a sometimes dim world. Your took kindness & caring for others to a whole new level. Our family was truly blessed to have you in it. You were loved & will be missed by so many. Rest In Peace sweetie!
– Misty Harp

Laura you you are a very special friend to so many. I met you during your college years you were Kristy’s roomy and best friend. I considered you as my 3rd daughter. PJ was so blessed to have you in his life.. Laura you are with our Heavinly Father an all the other angels. We love you forever and always. 💚💚💚 Lloyd & Bennie
– Belinda Stolley

Laura was a kind, wonderful nurse that always had a smile on her face. My condolences to her husband and family. I pray that the wonderful memories of her, lighten the darkness of your grief.
– Barbara T Torres

Excellent nurse, colleague and friend. Someone who uplifted the air we shared with her silly accents and word re-appropriation and the precious, loving way she spoke to her patients. She gave me such delight in being her secret pal at work one year because I got to shower her with all things Irish ☘️, including a silly limerick…to try to make her smile just as she made me smile. See you when I get there, Laura, where nothing can dim that beautiful light that He placed in you. 💔💟✝️
– Karen Tweedy

She was always so nice and sweet when she brought her patients to the Radiology department at Cobb Hospital. I really liked her and I feel so bad for everyone else that is missing her. She was loved by so many. She had a very calming and gentle aura. Great Nurse!! She was truly an angel among us 😇✨
– Jennifer

Laura was such a beautiful soul. I met her and John at church and am truly blessed to have known her. Love and condolences to all of her family and friends. Gary Burcham and family
– Gary Burcham

Laura was an exceptional nurse. She was very smart, kind, compassionate, and had her patients’ best interests at heart. I always felt better when she was part of the care team. Her passing is a great loss for us all, and my deepest sympathies go out to her family.
– Raquel DeCamp

Hi Laura. I don’t even remember my life before you were born. You were the most beautiful little girl and my first best friend in my entire life. I never met someone as funny and special as you. I treasured every moment we shared in your 37 years and I can’t wait to see you again in heaven where we can be together. You’re the only one who even understands my jokes and I just don’t know what I will do without you. I’d give everything in the world to have you back for just one day. I love you so much. I lit a little candle for you and of course it’s the green one.
– Patrick Biltgen

Laura was my preceptor on 5 South at Cobb in 2015, just before transferring to ICU. She made me a better nurse by always pushing me to dig deeper. She was an awesome teacher. To her husband and family I am deeply sorry for your loss. Michelle Carroll or as she called me, Mishella
– Michelle Carroll

With my deepest condolences to the family and friends. Her light will continue to burn bright in the hearts of all those people she touched. Sheny Hill and family
– Sheny Hill