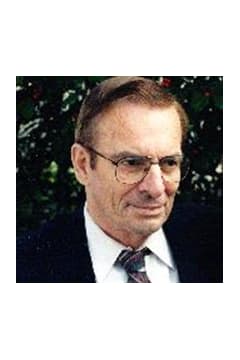 Kenneth Roland Patrick, passes June 23rd, 2016 at 80Kenneth Roland Patrick II, 80, of Douglasville, Georgia, passed away, Thursday, June 23, 2016 at his home.Visitation will be held from 2:00-3:00 pm on Monday, June 27 at 1st Presbyterian Church, 9190 Campbellton St, Douglasville, GA 30134. A celebration of life service will immediately follow in the chapel from 3:00-4:00 pm, Dr. James Harper will be officiating. Ken was born December 5, 1935 in Southbridge, Massachusetts to Kenneth R. Patrick and Alice Leduc Russell. He entered into the Royal Canadian Air Force (RCAF) following High School and served from 1953-58, achieving the rank of Flying Officer & Air Crew Officer. He said one of the proudest moments of his life was the day his father, a Group Captain in the RCAF, flew in on graduation day to personally present and pin his wings on him. Ken married Elaine Rowell in 1959, and started their family with the birth of their son, Kenneth R. Patrick III. Soon after, Ken began his professional career in the Transportation Industry, working over 40 years, eventually retiring as Manager of Transportation Regulation – Corporate Transportation Operations, for General Electric in 2002. During this time Ken earned an LL.B degree (Law) from LaSalle University, and taught Business and Transportation law at the Sacred Heart University in Bridgeport, CT. He had also earned several accreditations and was a contributing member of several professional organizations over his career, including the Delta Nu Alpha Transportation Fraternity, National Council of Physical Distribution Management, and member of the National Maritime Council under President Nixon.Along with his lifelong fascination with airplanes, Ken also enjoyed the calm hours of the early morning he spent fishing, and the serenity of the waters while sailing. He and his wife also became very involved in their church community while living in Nashua, NH and again in York, PA. Ken taught several Sunday school classes to the high school members at each church. Ken is preceded in death by his father, Kenneth R. Patrick, and mother Alice Russell. Ken is survived by his wife Elaine of 56 years, son Kenny Patrick and his wife Lauren Patrick of Douglasville, GA; brother Robert Patrick, sister Eleanor McCavour; and two grandchildren, Chase Patrick and Rhiannon Patrick; half-brother, David Patrick; and half-sisters, Jeanne Linnell, Marion Patrick, and Barbara Patrick. Messages of condolence to the family may be sent at www.jones-wynn.com. Jones-Wynn Funeral Home & Crematory of Douglasville is in charge of arrangements. 770-942-2311

Honor the life of Kenneth Patrick

Please share a condolence, photo or memory of Kenneth. We welcome all condolences that are positive and uplifting that will help family and friends heal.