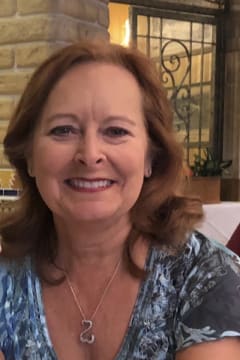 Mrs. Kathy Maguire Bedsole, age 68 of Orange Beach, Alabama, passed away Tuesday, April 6, 2021. She was born September 30, 1952 in Greenville, South Carolina, the daughter of the late Mr. James Clarence Maguire and the late Mrs. Bertha Griffis Maguire. Mrs. Bedsole graduated from Westover High school in Albany, Ga. and continued her education at Georgia State University where she graduated Magna Cum Laude in Deaf Education and Speech Pathology. She taught for several years at the Davidson School for the Deaf in Atlanta. After moving to Douglasville, she was a substitute teacher and volunteer for many years in the Douglas County School System. She was a member of Midway United Methodist Church of Douglasville, where she loved attending with her family.

Kathy was a devoted wife to her high school sweetheart, Joe, for forty-four years. They built an amazing life together and created forever friendships. Kathy and Joe embarked on many adventures alongside their family and friends. Kathy was a dedicated mother and grandmother, who treasured and embraced every moment. She especially cherished her role as “Grammy”. She loved spending time with her grandchildren and going to the beach; so much so that Orange Beach became her home where she immersed herself into a community of encouraging and supporting friendships. She will be missed dearly.

In addition to her parents, she is preceded in death by her husband, Mr. Joseph “Joe” Charles Bedsole, Jr.

In accordance with Mrs. Bedsole’s wishes, she was cremated. A private service will be held at a later date. In lieu of flowers, we ask that you donate to the Wellstar Foundation, in honor of the dedicated, compassionate Wellstar Paulding Hospital ICU team. 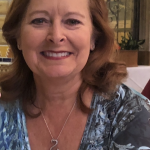 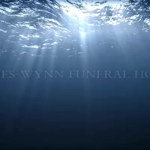 Our Hearts go out to all of you, Joe, Jill and Jessica. You were truly blessed with a wonderful mom! May your memories help find your peace. She was a beautiful amazing friend. She will be greatly missed. We love y’all!! Randy and Cathy Hammock
– Cathy Hammock
I also went to school with Kathy from the 1st grade at Magnolia through the 12th grade at Westover. Kathy was always Kind and always threated everyone the same. I still have our Class pictures from Magnolia and they bring back a lot of Sweet Memories. I am so very Sorry for the lost of your Mother. God Bless the Family Dorothy Danley Sheffield
– Dorothy Danley Sheffield

Some people are beautiful on the inside and out. I will miss the warmth and grace that I received from her every time that I saw her. Truly, a generous, kind, warm, caring human being. Evidence of her beautiful spirit can be seen in the three wonderful kids that she raised. Our hearts and prayers are with you. Ty and Pamela James
– Dr Ty James
I have so many special memories of Kathy! She was a wonderful friend who was beautiful with a kind and talented soul. I was blessed to have her sing at my wedding. Now I pray, she’s strumming her guitar and singing with all her heart! I am truly sorry for your loss.
– Alice Turner

Many prayers, love, and hugs to Joe ,Jill, and Jessica. I’m so very sorry
– Erin worthan juhasz
Kathy will be sorely missed by many. She was a light in the lives of those who knew her. May she Rest In Peace. Prayers for all her friends and especially her family. May they find comfort. Roxanna Flick
– Roxanna Flick

Jill, Joe and Jessica you were so blessed to have such a wonderful mom. I am so sorry for all that you have been through for several months. May God continue to comfort you and your families as He heals your hurt. Much love to all three of you. Dianne Hammond
– Dianne Hammond
Kathy was my friend. She’s a part of every school memory from 1st grade at Magnolia through 12th grade at Westover. So many classes and spend the night parties. A bright smile and a lovely voice. I am so sorry. Maelu Darsey Culpepper
– Maelu Culpepper
Kathy and I went to High School together and she was a wonderful friend! I remember that Kathy always had a smile on her face. Debbie Cohen Mulford
– Debbie Mulford
Kathy was a second mom to me for many years. I have so many wonderful childhood memories because of her and her family. She was loved by many and will be missed. I pray she and Big Joe are reunited, laughing together again.
– Katie
High School classmate. A lovely person in my life.
– Blanton Owens

Jill I am so sorry for the loss of your mom. My prayers are sent for all of you💞
– Tabatha Weese

I remember Mrs Kathy would let the neighborhood kids come swim at her home. It was so very kind. Thank you for the fun times as we were growing up. My condolences to your family. Thank you Marcie
– Marcie

In memory of our sweet cousin, Kathy. Our love to John, “Sissy” and Patty. Nancy Neel Miller
– Nancy Miller
I will remember Kathy with the kindest heart and always smiling. She was like a second mother to my daughter. She will be greatly missed by our family. Rest in Peace my sweet friend. Love and prayers to Jill, Jessica , Joe and their families.
– Jean & Alan Herd