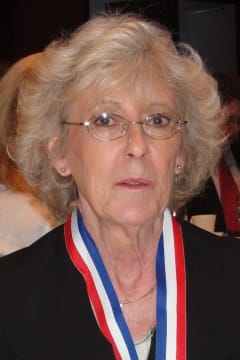 Mrs. Katherine Gail Shanley, age 73, of Hayesville, North Carolina, passed away Sunday, April 4, 2021. She was born March 10, 1948 in Austell, Georgia, the daughter of the late Mr. Marvin Columbus Jones and the late Mrs. Ruth Ogle Jones Cole. Over the years, she worked in computer programming, ran Curves in Hayesville, was a Mary Kay rep and worked for City of Villa Rica for several years. Mrs. Shanley was very supportive when her kids were in band and was considered everyone’s Mom. She loved helping people, loved baking, decorating cakes and furthering her education in computer programming.

In addition to her parents, Mrs. Shanley was preceded in death by her husband, James Wallace Shanley; and her children, Stephanie Leigh Taylor and Joey Coutu.

She is survived by her daughter, Melanie Crisp of Hayesville, North Carolina; her son, Jason Edward Coutu of Hiram; her brother and sister-in-law, David and Judy Jones of Dallas; her grandchildren, Cole Taylor and Will Taylor, Jason Christopher Coutu, Kent Strickland, Khristina Strickland and Kaden Gazaway; and her great-grandchildren, Elliott Cordova and Karson Coutu.

In accordance with Mrs. Shanley’s wishes, she will be cremated.

Jason and Melanie, I am so sorry to hear about Gail. I still talk about my childhood at y’alls house. We had some great times!! My heart is breaking for you. May God be with you during this very difficult time.
– Pam Blair Williams
David, Judy & Family: My thoughts and prayers to each of you in the passing of Gail. Been several years since I last saw her buit remember her from days gone bye. Marvin and Ruth were good to me the years I was a part of the Jones family . May God bless and comfort each of you always. Bee Rakestraw, Centre, Al
– Wendell O Rakestraw