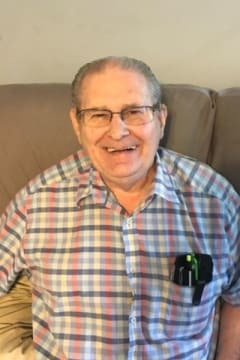 Mr. Johnny Paul Alford, age 69 of Temple, Georgia passed away Tuesday, November 10, 2020. He was born September 29, 1950 in Villa Rica, Georgia, the son of the late Mr. Hubert Houston Alford and the late Mrs. Mary Dorothy Gable Alford. Mr. Alford worked as a warehouse foreman for Americold. He was a dedicated family man who enjoyed spending time with his family, playing the guitar, watching westerns and college football. He was a member of Mt. Carmel Baptist Church in Temple.
In addition to his parents, Mr. Alford was preceded in death by his daughter, Elizabeth Dawn Alford; his brother, Jimmy Houston Alford; and his sister, Wanda Kay Alford.
He is survived by his wife of nearly 51 years, Mrs. Martha Jean Cole Alford of Temple; his sister-in-law, Aletta Alford of Tacoma, Washington; his sister and brother-in-law, Diane and Roger Duggins of Carrollton; his brother and sister-in-law, Sammy and Ann Alford of Brandon, Florida; his mother-in-law, Nellie Mae Cole of Villa Rica; his nieces and nephews, Julie Duggins of Carrollton, Brent Duggins of Bremen, Candice and Dominic Korzecki of Bradenton, Florida, Bobby and Heather Alford of Brandon, Florida, Steve and Pearla Alford of Lake Jackson, Texas and Kathy and Robert McCarty-O’Hairt of Tacoma, Washington; great nieces and nephers, Aiden Alford, Ryley Alford, Daphne Alford, Anthony Korzecki, Jonathan hart and Christina McDowell; and his special “adopted daughter”, Supaporn Erjongmanee of Thailand.
Private inurnment will take place in Beulahland Baptist Church Cemetery in Rockmart, Georgia. The family will announce and conduct a memorial service at a later date.
In lieu of flowers, those desiring to do so, may make donations In Memory of Johnny Alford to Canine Assistants, 3160 Francis Road, Alpharetta GA 30004 or https://www.canineassistants.org/honormemory-donation/.
Messages of condolence may be sent to the family at www.jones-wynn.com. Jones-Wynn Funeral Home of Villa Rica is in charge of the arrangements. 770-459-3694

Johnny was a great friend to GCDD over the years, and we will miss his spirit a lot. Our thoughts and sympathies are with Jean and his family.
– Starr Bruner
Jean, very sorry for your loss, I wish you well during this time of sorrow.
– Eric Foss
Jean, I am so sorry about Johnny and your Mom. Sherry, Lee, Dennis and I have talked and we are all so sorry. We all loved you and your family. Please take care and let any of us know if you need anything. We will keep you in our prayers. Love you, Sue
– Sue Brand