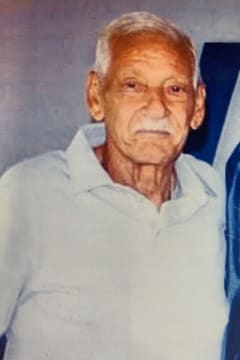 Mr. John Vincent Trimarchi, age 76 of Temple, Georgia passed away Sunday, February 7, 2021. He was born October 15, 1944 in Mt. Vernon, New York, the son of the late Mr. Frederick Trimarchi and the late Mrs. Catherine Girlardi Trimarchi. Mr. Trimarchi proudly served his country as a United States Marine, where he served in Vietnam. He enjoyed fishing, hunting, target shooting, especially enjoyed bow hunting. He enjoyed traveling and spending time with his family. Mr. Trimarchi was a member of Our Lady of Perpetual Help in Carrollton, Georgia.
In addition to his parents, he is preceded in death by brother, Alfred Trimarchi; sister, Barbara Bernardo.
Mr. Trimarchi is survived by his wife of 52 years, Mrs. Michelle Fournier Trimarchi of Temple, Georgia; son and daughter-in-law, John and Sandra Trimarchi of Gaylordsville, Connecticut, daughters and sons-in-law, Tiffany and William Tubens of Temple, Georgia, Liberty and Sean Mahon of New Milford, Connecticut; sister, Jean Scofield of Palm Coast, Florida; brother and sister-in-law, Joe and Joan Trimarchi of Wappingers Falls, New York; seven grandchildren, Kayla, Cas, Madeline, Layne, Lyra, Riley and Alina; several nieces and nephews also survive.
Private services will be held on Wednesday, February 10, 2021. In lieu of flowers the family asks that contributions be made to usmcmuseum.com.
Messages of condolence may be sent to the family at www.jones-wynn.com. Jones-Wynn Funeral Home of Villa Rica is in charge of the arrangements. 770-459-3694

I never met the man,but he raised a beautiful soul who captured Williams heart,and they were able to bless him with two adorable granddaughters. If his daughter was able to see the the man, father, and great husband that william truly is then I know Mr. Vincent was a man with with great moral values, respect,and inner sight,which he installed in his daughter to see the good in people. May he rest in peace.
– David Medina

He is now resting in peace
– Lorraine Butler

Sending you love and strength during this time. We are so very sorry for your loss.
– Savage Family

My deepest condolences for your loss. John was a great man. I’m glad to have met him. May he sleep peacefully. Semper FI – Adam Tubens
– Adam Tubens

Our deepest condolences for your loss, may he sleep in eternal peace. May God’s peace and comfort be with you all.
– Mavel & Carlos

My condolences to all the family on your loss. Such a strong and loving man, you must all be so proud of the fight he gave to live for all of you. Blessings to all. With Love Kathy Travis
– Kathy Travis

He was a kind man with a big heart who truly loved his family. Prayers
– Marisol Tubens

Michelle so sorry for your and your children and grandchildrens loss Johnny was more a brother than a brother-in-law and we will miss him. My thoughts and prayers are with you love Dee, Steve and Trevor
– Denise Bendick