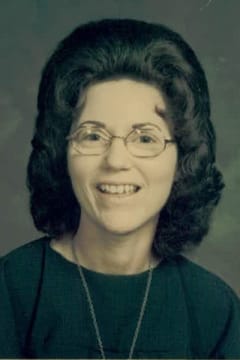 Mrs. JoAn Drew Green, age 85, of Dallas, Georgia, passed away Friday, November 20, 2020. She was born July 2, 1935, in Haralson County, Georgia, the daughter of the late Mr. Hubert Warren “H.W.” Drew and the late Mrs. Vernie Thompson Drew. Mrs. Green worked at New Georgia Elementary School for many years as a dietician. She was also a dedicated homemaker. Mrs. Green was a member of the Villa Rica Church of Christ.
In addition to her parents, Mrs. Green was preceded in death by her husband, Bobby Edward Green; her daughter, Bonnie Susan Green; her brother, Russell Drew; and her sister, Juanita Cobb.
She is survived by her daughters and sons-in-law, Marilyn and Charles Lummus of Dallas, Donna and Ray Hightower of Florida and Audra and Michael Mullins of Dallas; her sons and daughters-in-law, Eddy and Trisha Green of Temple and Tracy and Sylvia Green of Temple; 6 grandchildren; 12 great grandchildren; several nieces and nephews; neighbors, Stan and Rhonda Seals and special friend, Kathy Swan.
The family will receive friends at Jones-Wynn Funeral Home of Villa Rica, Tuesday, November 24, 2020 from 12:00Noon until 2:00PM. Funeral Services will be conducted Tuesday, November 24, 2020 at 2:00PM from the Chapel of Jones-Wynn Funeral Home, Villa Rica with Minister Patrick Gray officiating. Interment will follow at Meadowbrook Memory Gardens on Hickory Level Road in Villa Rica, Georgia.
In lieu of flowers, those desiring to do so, may make donations In Memory of JoAn Green to the Villa Rica Church of Christ, 515 Dallas Highway, Villa Rica, Georgia 30180
Messages of condolence may be sent to the family at www.jones-wynn.com. Jones-Wynn Funeral Home of Villa Rica is in charge of the arrangements. 770-459-3694 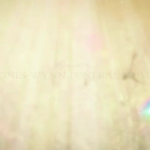 A great neighbor, many good memories of my son Drew going over there. He was treated well growing up and he would say “I am going over to my Grandma Green’s for biscuits” RIP, Stan and Rhonda Seals
– Stan Seals