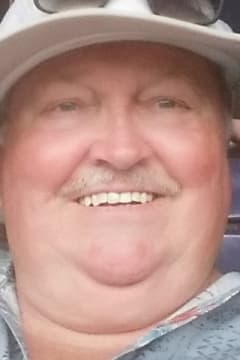 Mr. Jerre Harold Orr, age 71 of Marietta, GA, passed away unexpectedly on Saturday, May 16, 2020. He was born February 4, 1949 in Douglasville, Georgia, the son of the late Harold Henry Orr and the late Jean Duncan Orr.

Jerre, who lived in Douglas County for the majority of his life, was an avid fisherman, lover of all things Florida, teller of very bad jokes, supporter of his Dawgs, Braves and Falcons, and fan of all foods “Southern.”

In addition to his parents, he is preceded in death by his brother, Harold Henry Orr, Jr.

He is survived by his daughter, Joey Dee Nesbit of Marietta, his sister and brother-in-law, Peggy and Eddie Hardin of Douglasville, and his nephew and niece-in law Wesley and Erin Hardin, his aunt Judy Duncan and numerous cousins.

According to Mr. Orr’s wishes, he will be cremated. A memorial service will be held at a later date. 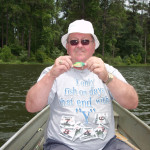 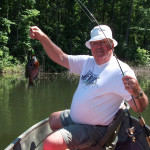 Have known Jett his entire life, and his entire family dear family friends. Condolences to remaining family members..
– betty noland
Prayers for you and your family during this difficult time! Much love to you !
– Lori Dodson
Prayers for you and your family during this difficult time! Much love to you !
– Lori Dodson
Joey, My sympathy for the post of your Father. Praying for you and your family. I think of you offten. Elsie
– Elsie Teal
Jerre was a patient of Dr. DESAI. Always had a smile and joke. Sorry for his lost.
– Edith Hood
I am so sorry to hear this news. May God’s peace be with your family as you encounter this time. Know that “God is nearer than breathing and closer than hands and feet” during this time. Praying for you all today. God bless you.
– Marc Beaver
I am sad today to hear of Jerry’s death. He was a classmate of mine at Douglas County High School. I remember his smile and his laughter. I wish his family peace.
– sylvia west
lifting Jerre’s family up in prayer….rest in peace Jerre…I know you are up there with Benny and y’all are back together…
– Pamela Belland
Rest in Peace, Jerre Orr! It was heartbreaking to hear of your passing. Joey, my heart goes out to you in your time of sorrow. I am sending you my deepest sympathy and condolences on the demise of your daddy. I will be keeping you in my prayers for comfort, peace, and strength.
– Donna S Webb
My maiden name was Donna Helton, and went to Douglasville Elementary School about the same time as Jerre. I remember competing against him in a spelling bee in about 1963. He was good at spelling and tough competition, but somehow I won. Fond memories of him being a super nice guy. I also remember his mom being at the school a lot in support of what was happening at school and she was possibly a “room mother”, organizing activities or parties for the classroom. Sorry to hear that he passed away unexpectedly; my husband (Jerry) passed away in July 2019, in his sleep, so I can relate, and you have my deepest condolences. RIP Jerre
– Donna Cargle