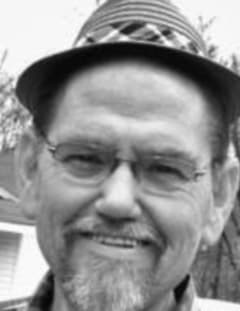 Mr. Jerome âJerryâ Houston Bray, age 61, of Lithia Springs, Georgia passed away Monday, June 27, 2011 at Duke University Hospital in Durham, North Carolina, following complications from surgery. He was born December 30, 1949 in Atlanta, Georgia the son of the late Mr. Frederick Houston Bray and the late Mrs. Elsie Ruth Prance Bray. He married Juanita McPherson on September 14, 1970 in Atlanta. Jerry attended OâKeefe High School in Atlanta. Following high school he began his career in general contracting, owning and operating Quality Construction, Inc. until his retirement. He was a member of the Lithia Springs United Methodist Church where he faithfully served in any capacity needed. He was an active member of the Beulah Ruritian Club. He loved to laugh and found joy in living everyday life. He was a dedicated family member who will be greatly missed. In addition to his parents, he was preceded in death by his brother, Terry Bray. He is survived by his wife of 40 years, Patricia Juanita Bray of Lithia Springs; daughters and son-in-law, Amanda and Brent Holloway of Douglasville and SaraAshley Bray of Lithia Springs; son and daughter-in-law, Scott and April Bray of Lithia Springs; sister and brother-in-law, Judy and Mike Boyd of Douglasville; brothers and sister-in-law, Michael Bray of Mableton and Tim and Michelle Bray of Bowdon; one grandson, Oliver Holloway of Douglasville; several nieces and nephews. The family will receive friends at Jones-Wynn Funeral Home, Douglas Chapel, Friday, July 1, 2011 from 2:00 PM until 8:00 PM. Funeral Services will be conducted Saturday, July 2, 2011 at 11:00 AM at the Lithia Springs Methodist Church with Rev. Larry Wilson, Rev. Jim Moore, Rev. Charlie Green and Rev. Chris Mullis officiating. Pallbearers will be Felton Berry, Marvin Leak, James Dobbs, Lamar Prance, Troyce Hendricks, and Thomas Long. According to his wishes, he will be cremated following the service. In lieu of flowers, contributions in memory of Mr. Jerry Bray may be made to the Lithia Springs Methodist Church General Fund, Post Office Box 626, Lithia Springs, Georgia 30122. Messages of condolence to the family may be sent from www.jones-wynn.com. Jones-Wynn Funeral Home, Inc., Cremation Services and Memorial Gardens of Douglasville in charge of arrangements. 770-942-2311

Honor the life of Jerome”Jerry” Bray

Please share a condolence, photo or memory of Jerome”Jerry”. We welcome all condolences that are positive and uplifting that will help family and friends heal.