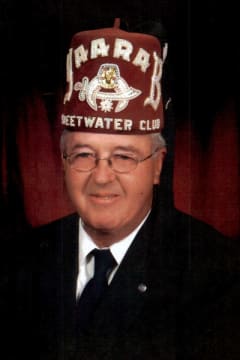 Mr. James Robert Reed, age 75, of Douglasville, Georgia passed away Friday, July 24, 2020. He was born April 27, 1945 in Murphy, North Carolina, the son of the late Mr. Henry L. Reed and the late Mrs. Beulah Palmer Reed. Mr. Reed was a veteran of the United States Marine Corp. having served during the Vietnam War. He worked for over 40 years as a railroad diesel mechanic for Norfolk Southern Railroad. Mr. Reed enjoyed spending time fishing and was a member of the Sweetwater Shiner’s Club, where he helped fundraise for the Shriner’s Hospital. He was of the Baptist faith.
In addition to his parents, Mr. Reed is preceded in death by his daughter, Paula Michelle Reed and his brother, Eddie Reed.
He is survived by his wife of over 52 years, Mrs. Wanda Sue Gibson Reed of Douglasville; his daughter, Amanda Karis Reed of Lithia Springs; his son, William “Bill” Howard Reed of Douglasville; his sisters and brothers-in-law, Jean and Joe Voltrath of Ashville, North Carolina, Martha and David Jones of Powder Springs and Betty and Jim Stout of Ellijay; his brothers and sisters-in-law, Tom and Evelyn Reed of Murphy, North Carolina and Pearl Reed of New Bedford, Pennsylvania; and many nieces and nephews.
The family will receive friends at Jones-Wynn Funeral Home in Douglasville, Tuesday, July 28, 2020 from 6:00PM until 8:00PM. Funeral Services will be conducted Wednesday, July 29, 2020 at 2:00PM from the Chapel of Jones-Wynn, Douglasville. Interment will follow in Sunrise Memorial Gardens, Douglasville.
Messages of condolence may be sent to the family at www.jones-wynn.com. Jones-Wynn Funeral Home of Douglasville is in charge of the arrangements. 770-942-2311.

So sorry to hear of JR passing. We worked on RR together. Prayers for family.
– Terry Rivers