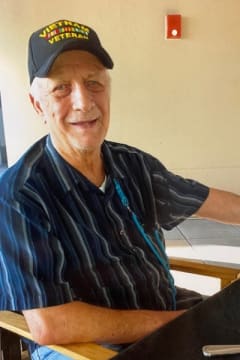 Mr. James “Jim” Clayton Ray, 74, of Lithia Springs, Georgia, (formerly of Frankfort, Michigan) passed away on Tuesday, August 25, 2020. He was born May 24, 1946 in Manistee, Michigan, the son of the late Clayton Edward Ray and Dorothy Raatz Ray. Mr. Ray graduated high school in Frankfort, Michigan and was a veteran of the United States Army having served in the Vietnam War. He worked for and retired from McWorth, Inc. as a machinist and welder. Mr. Ray loved bowling, sports and playing golf. He enjoyed fishing, being around water and was a great singer, especially Karaoke. Mr. Ray was a member of AMVETS Post #118 and American Legion Post #216.

In addition to his parents, Mr. Ray is preceded in death by his brothers, Clayton Ray, Benjie Ray and Dewey Ray, who was killed in Vietnam and his sister, Mary Ann Bailey.

The family will receive friends, Thursday, August 27, 2020 from 1:00PM until 3:00PM at Jones-Wynn Funeral Home, Douglasville. Funeral services will be conducted from the Chapel of Jones-Wynn Funeral Home, Thursday, August 27, 2020 at 3:00PM. Graveside services will take place with military honors rendered by the United States Army Honor Guard, Monday, August 31, 2020 at 2:00PM in the Georgia National Cemetery in Canton, Georgia.

In lieu of flowers, those desiring to do so may make donations In Memory of Mr. James Clayton Ray to the AMVETS Post #118, 10940 E. Veterans Memorial Highway, Lithia Springs, GA 30122 or to the donor’s charity of choice.

,
Get directions »
by FHW Solutions 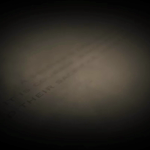 Gale, David and I are so sorry to hear of Jim’s passing. Hold on to all the great memories the two of you made over the 48 years and know he is in heaven with all his family. I am hear for you so let me know if you need anything.
– Pam Nance
Gale and family, Sorry to learn of your loss. My prayers for the strength and wisdom needed to see you through these troubles. Please take comfort in the knowledge that Jim is now free of the pain, worry, and other burdens of this world. Know that there are so many that are thankful for his service to his country. As Christians we are comforted by the knowledge that there is coming a glorious reunion at which time we’ll be reunited with our loved ones. I truly believe that this reunion is not long in coming. Scriptures tell us that as that time nears we will see a time of troubles as we have never seen before and I can’t help but believe we are seeing the beginning of that time. Gale know that I can understand your loss as I experienced it myself just a few short years ago. It is very hard to have to part with someone that has been so close and such a part of your life for so many years. This is why I pray for God to give Strength to you and the family. It’s also difficult to suddenly be without a partner to help with making decisions, so I pray for God to give you Wisdom to do this. I also pray that God will give you the ability to Feel His arms about you as He draws you even closer to Himself and that you will lean on Him and not let your Faith in Him be wavered. As a member of His family and of the family of Mary and Charlie Sanford you are indeed loved and DON”T you forget it. Love you, Dan
– Dan Sanford