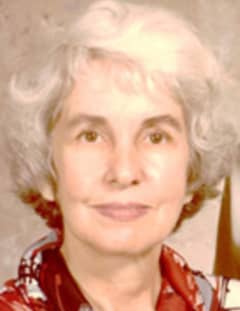 Mrs. Jaclyn Winona Saade, 90, of Villa Rica, Georgia passed away Sunday, March 13, 2016 surrounded by her loved ones. She was born August 4, 1925 in Holly Pond, Alabama; the daughter of the late Mr. Wilburn A. Screws and the late Mrs. Jessie E. Waldrup Screws. She was a Christian by faith and a member of the First Baptist Church of Powder Springs. During World War II she installed Aircraft parts for Aircraft manufacturing. She retired as a proofreader and secretary in the printing industry. She loved animals and was a devoted supporter of the Humane Society. She was a member of the American Society for the Prevention of Cruelty to Animals (ASPCA). In addition to her parents, she was preceded in death by her husband, Joseph Saade. The last surviving sibling of nine, she was also preceded in death by her four sisters and four brothers. She is survived by one son, Michael Saade of Villa Rica, two grandchildren – Stephen and Stephanie, four great-grandchildren, and numerous nieces and nephews. The family will receive friends at Jones-Wynn Funeral Home in Douglasville, Friday, March 18, 2016 from 7:00 PM until 9:00 PM. Funeral Services will be conducted Saturday, March 19, 2016 at 11:00 AM at the Chapel of Jones-Wynn Funeral Home in Douglasville. Interment will follow at Mozley Memorial Gardens in Lithia Springs. Messages of condolence to the family may be sent atwww.jones-wynn.com. Jones-Wynn Funeral Home & Crematory of Douglasville is in charge of arrangements. 770-942-2311

Honor the life of Jaclyn Saade

Please share a condolence, photo or memory of Jaclyn. We welcome all condolences that are positive and uplifting that will help family and friends heal.