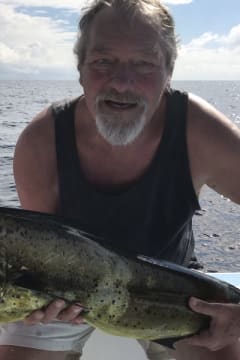 Mr. Gerald Lanard Bentley, age 69, of Winston, Georgia passed away Friday, August 21, 2020. He was born February 7, 1951 in Atlanta, Georgia, the son of the late Ray Lanard Bentley and the late Rebecca Louella Scoggins Bentley. Mr. Bentley was a veteran of the United States Army, 18th Airborne, having proudly served as a paratrooper and intelligence officer in the Vietnam War and was awarded both the Purple Heart and Bronze Star and honorably discharged with final rank of SGT. He attended Georgia Tech and worked as an engineer for General Motors Corp. for many years. Mr. Bentley enjoyed skydiving, scuba diving and sailing.
Mr. Bentley is preceded in death by his son, James “Jimmy” Bentley and his brother, Robbie Bentley.
He is survived by his sons and daughters-in-law, Kevin and Heather Bentley of Dallas, Georgia, Rodney and April Bentley of Dallas, Georgia and Michael and Erin Bentley of Winston, Georgia; his sisters and brother-in-law, Debra and Jim Clecker and Jill Bentley, and his brother, Rickey Bentley, all of Temple; 9 grandchildren; ex-wives, Vivian Jones, of Dallas and Lynn Bentley of Villa Rica; and several nieces and nephews also survive.
According to his wishes, Mr. Bentley will be cremated. The family will celebrate his life privately.
Messages of condolence may be sent to the family at www.jones-wynn.com. Jones-Wynn Funeral Home of Villa Rica is in charge of the arrangements. 770-459-3694

Love and prayers for the family. Jerry was a very interesting and intelligent man but most of all he was kind.
– Tracie Mack
Dear Mike and family- Jerry was our next door neighbor for over 35 years It was so good to know that such a nice guy was just next door. . He was always willing to lend a helping hand ( especially to my 89 yr old dad who frequently called on him to help with air and heating issues) Most recently he sold our grandson a go cart for 10 dollars. He wanted to give the go cart to our Tyson but Tim insisted that the boy pay something ln order to learn a little about money. That go cart became a fun filled project for Tim and Tyson and it is a source of great pride and fun for them both. We will miss seeing the old white van going back and forth passed our driveway and we will surely miss Jerry’s smile and wave. May God fill your hearts with warm and happy memories of your dad. Tim and Terri Bridges
– Terri Bridges
My prayers to the family for the Lord’s comfort ..Jerry had a big heart . He was a very honest and genuine person. We were good friends. Very sorry.
– Sam Braly