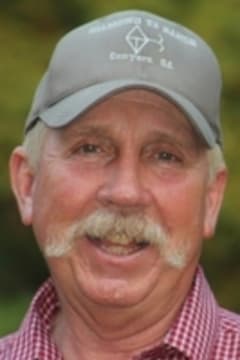 Gary Edward Townsend, age 78, of Conyers, formerly of Villa Rica, Georgia, known to many as “Bull Rider”, died February 14, 2021. Born in Carrollton to Carl and Elsie Townsend, where he spent his childhood and graduated from Mt. Zion High School. He served his country in the United States Army Reserves. Gary attended DeKalb College pursuing a degree in criminal justice. worked as a deputy for Carroll County Sherriff ‘s Department, as an officer for the City of Villa Rica’s Police Department, as an agent for the ATF, and then became a trooper for the Georgia State Patrol, where he served honorably for 21 years before retiring. Gary and his son operated ‘Diamond T 3 Ranch.’ He was a horse trainer, held horsemanship clinics and hosted events for the Special Olympics for Rockdale and Newton counties. He and his wife became members of Rockdale Baptist Church in 1974, where he was on the security team. His goal was to keep fellow members protected. Gary loved his family dearly—they were the ‘apple of his eye.’ He loved life and loved people. He was preceded in death by his parents. Surviving are his loving wife of 53 years, Carol Anne Henslee Townsend, of Conyers; son, Gary Edward Townsend, Jr., of Watonga, OK; sister-in-law and brother-in-law, Jane and Wayne Scott, their children and grandchildren; aunt, Ann Townsend Collins of Austell; many cousins and special friends. Due to the Covid Pandemic, a private funeral service will be held. The interment will take place 1:30 pm, Tuesday, February 23, at Hillcrest Cemetery, Villa Rica, GA. Everyone is welcome to attend the interment services and are asked to wear masks and practice social distancing. In Lieu of flowers please make contributions in Gary’s memory to Rockdale Baptist Church, Conyers.
Messages of condolence may be sent to the family at www.jones-wynn.com. Jones-Wynn Funeral Home of Villa Rica. 770-459-3694

In our teenage years and beyond, Gary was a friend and always willing to help any and everyone. Gary introduced me to horses and helped me get my first one and I still have two today. For Carol Anne and all the family, I’m so sorry for your loss. Bobby Reeves
– Bobby Reeves