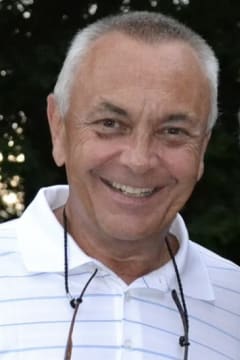 Mr. Frank James Jordan III, age 72, of Villa Rica, Georgia, formerly of Avon, Connecticut, passed away peacefully at home on Wednesday, April 14, 2021. He was born April 6, 1949 in Fall River, Massachusetts, the son of the late Mr. Frank James Jordan, II and the late Mrs. Geraldine Goodrum Jordan. While formerly trained as a respiratory therapist, his passion was entrepreneurship and owned multiple successful businesses. Mr. Jordan’s greatest joy was being a beloved husband, father and Papa.
In addition to his parents, he was preceded in death by his brother, John Jordan.
Survivors include his wife of 42 years, Mrs. Mary Copeland Jordan of Villa Rica, Georgia; his daughters and sons-in-law, Aubrey and Nick Exarhos of Avon, Connecticut and Whitney and Tim Baywal of Villa Rica, Georgia; his son, Frank James Jordan, IV of Treasure Island, Florida; his sisters and brothers-in-law, Joy and Frank Frain of Westport, Massachusetts, Ann Davis of Fall River, Massachusetts and Alice and Mark Velozo of Somerset, Massachusetts; his brother, Jim Jordan of Fall River, Massachusetts; his grandchildren, Austin, Camden, Finley, JJ and soon to be baby girl Jordan; and several nieces and nephews.
Private services will be planned at a later date. Those desiring to do so, may make donations In Memory of Mr. Frank James Jordan, III to Tanner Hospice Care, PO Box 1136, Carrollton GA 30112
Messages of condolence may be sent to the family at www.jones-wynn.com. Jones-Wynn Funeral Home of Villa Rica is in charge of the arrangements 770-459-3694.

Mary – I am so sorry for your loss. My thoughts and prayers are with you and your family. Love Christie
– Christie Lucchesi

Been thinking of you so much since hearing of the loss of your beloved Frank. We are praying for your days ahead to be full of comfort and precious memories after you have mourned. Much love dear Mary Debrale ( Cole ) and Peter Murphy
– Debrale ( Cole ) and Peter Murphy
Mary I hope you and your family are able to find peace, love, and understanding. I can say you have shared many loving family stories with me and your work family and we are with you in spirit and wishing we could lighten the load. Deepest Sympathies, Terri Dakarian
– Terri Dakarian

Mary, I am so sorry for your loss. I know you must be beyond yourself. Please know my prayers are with you and your family.
– Sarah Durante

Mary, please accept my condolences.
– Shelley D’Amico
Mary and family, I wish I had the right words to say, just know you and your family are in my thoughts and prayers.
– Donna Sobolewski

Dearest Mary and family, much love, peace and prayers are offered to you at this saddest of times. May you find comfort in each other’s love and all your memories of joyful times with your beloved Frank. I am so very sorry for your loss.
– Karen VanAernam
Dearest Mary, my heart aches for you. You and your family are in my thoughts and prayers!
– Patti Coppola Biggs
To Mary, Aubrey and the entire family – we are so sorry for your loss and are thinking of you at this sad time. With love and our deepest sympathy – The Penna Family
– The Penna Family

Mary and family, I am so sorry for your loss sending thoughts and prayers.
– Lisa Bonaiuto

Dear Mary and family, I am so very sorry for your loss. You are in my thoughts and prayers. My heart goes out to you and is breaking for you to have to go through this so very sudden difficult time. I pray for comfort, peace and strength to help you get through the difficult days ahead.
– Nancy Brasefield, Co-worker and Friend to Mary

My heartfelt condolences to Frank’s family. It was such a pleasure working with him. His smile, laughter, and jokes, always made my day. He spoke of his family and grandkids often, and always with a smile or a silly story. I wish him everlasting peace, and may his family find comfort at such a difficult time. – Tracy Naeher
– Tracy Naeher
Dear Mary and Family, In the Memories left behind, the Love comes shining through. I’m wishing all of you the ‘Light’ of ‘Love’, and the comfort of Memories too special to ever forget. You are all held close in our hearts. With Love and our deepest condolences, Patti & Paul
– Patricia Kelley

Mary and family, my heart is deeply saddened for you all. Prayers for peace and comfort remain with you all. Love and memories will prevail. Love Gail
– Gail Chmiel
Tanner Hospice Care staff would like to offer our condolences to you during this difficult time. We appreciate you trusting your loved one in our care.
– Tanner Hospice