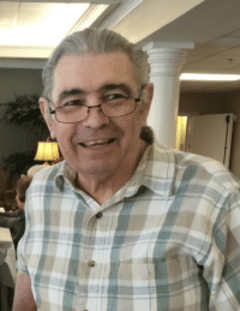 Mr. Ed Moser, age 75, of Douglas County, Georgia, passed away Thursday, January 23, 2020. He was born on September 9, 1944 in Cleveland, Ohio, the son of the late John H. Moser and the late Doris Mary Moser. He graduated from St. Joseph High School and attended Ohio State University, where he graduated with a Bachelor of Arts in Journalism. Upon graduation, he joined the United States Air Force, serving during the Vietnam War era. While in the Air Force, he functioned as a staff writer working on military publications. Upon discharge, he moved to Phoenix, Arizona. He worked with various companies and eventually he opened Ed Moser & Associates, which later became one of the top three public relations firms in Phoenix at the time. Later he started NewsCount, Inc., a media monitoring service. Also during this time, he obtained his Master’s degree in Educational Excellence from Northern Arizona University. In his later years, he moved onto Banner health Foundation as Director of Communications. He also was an adjunct faculty member for 30 years at Maricopa Community College. Upon retirement, he moved to Prescott, Arizona and resided there until he relocated to Georgia. No matter where he lived, he was the ultimate The Ohio State Buckeyes fan.
Mr. Moser is survived by his sisters and brothers-in-law, Diana and Will Adamovich of Douglasville, Georgia and Brenda and Jack Kelz of Mentor, Ohio; 4 nieces, 4 great-nieces, and 5 great-nephews also survive.
According to his wishes, Mr. Moser will be cremated. Inurnment in All Souls Cemetery in Chardon, Ohio will take place at a later date.
Messages of condolences may be sent to the family at www.jones-wynn.com. Jones-Wynn Funeral Home of Douglasville is in charge of the arrangements. 770-942-2311.

Please share a condolence, photo or memory of Edmund. We welcome all condolences that are positive and uplifting that will help family and friends heal.