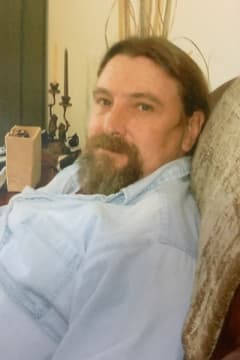 Mr. Douglas Wayne Dean, age 61 of Carrollton, Georgia passed away Sunday, October 18, 2020. He was born October 17, 1959 in Macon, Georgia, the son of the late Mr. Arthur June Dean and the late Mrs. Virginia Knight Dean. Mr. Dean loved going camping and fishing. He enjoyed anything that had to do with his grandchildren. Mr. Dean was of the Protestant Faith.
In addition to his parents, he is preceded in death by his brother, Billy Dean.
Mr. Dean is survived by his wife, Susan Lancaster Dean of Carrollton, Georgia; daughters and sons-in-laws, Kristina and Miguel Moreno of Dallas, Georgia, Candy Satterfield and Stefanie Bryant of Marietta, Georgia, Jackie and Kevin Stephen of Carrollton, Georgia, Brittany and David Kidder of Carrollton, Georgia; sons and daughters-in-laws, Daniel and Brandy Dean of Bowdon, Georgia, Travis Whittington of Buchanan, Georgia, Levi and Kayla Whittington of Temple, Georgia; sister, Joann Anderson of Jenkinsburg, Georgia; brother, Dale Dean of Jenkinsburg, Georgia; seventeen grandchildren; many nieces and nephews also survive.
According to Mr. Dean’s wishes, he was cremated. A Memorial Service will be held at a later date.
Messages of condolence may be sent to the family at www.jones-wynn.com. Jones-Wynn Funeral Home of Villa Rica is in charge of the arrangements. 770-459-3694

Please share a condolence, photo or memory of Douglas Wayne Dean. We welcome all condolences that are positive and uplifting.