Dorothea Duran Bell Cochran, age 86, of Winston, Georgia, passed away Tuesday, November 12, 2019. She was born May 30, 1933 in Villa Rica, Georgia the daughter of the late Mr. Thomas William Bell and the late Mrs. Mallie Lou Era Harris Bell. Ms. Cochran was a homemaker and she was of the Baptist faith.
In addition to her parents, she is preceded in death by her son, Tony Cochran.
Ms. Cochran is survived by her daughters and sons-in-law, Teri and Howard Brooks of Roopville and Gwen and Greg Saxon of Douglasville; her sons and daughters-in-law, Darrell and Lisa Cochran of Winston and Wayne and Tammy Cochran of Georgia; her sister, Becky Posey of Ohio; her brothers and sister-in-law, Bill Bell of Douglasville, Tim and Jeanelle Bell of Austell and Ricky Bell of Cobb County, Georgia; four grandchildren; four great-grandchildren and several nieces and nephews also survive.
According to Ms. Cochran’s wishes, she will be cremated. The family have a private gathering at a later date.
Messages of condolences may be sent to the family at www.jones-wynn.com . Jones-Wynn Funeral Home of Douglasville is in charge of the arrangements. 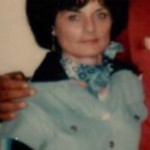 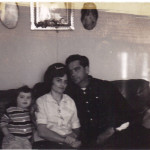 Please share a condolence, photo or memory of Dorothea. We welcome all condolences that are positive and uplifting that will help family and friends heal.